New DaRK
Six Obscure Horror Flicks for Halloween
An Open Letter From U.S. Rep. Mark Foley
The Undiscovered Country
Essay: In Torture We Trust
Fiction: Everyone is Dead
Essay: Slow Down, You Move Too Fast
Under God's Right Arm: The Disease of Liberalism
Literary Criticism: Guy de Maupassant's "The Vende...
5 Questions About: Charles Bukowski
Fiction: The Sticking Place -- The World War I Sce...

(DaRK PaRTY was a huge fan of the band Treat Her Right in the mid-to-late 1980s. The band played a stripped down blues with two guitars, a harmonica, and a cocktail drum. Billy Conway was the drummer – a funked-out, long-haired dude with a sardonic smile. The band played soulful, haunted blues-infused rock with song titles like “I Think She Likes Me,” “I Got a Gun,” “King of Beers,” and “Where Did All the Girls Comes From.” Treat Her Right lead singer and guitarist Mark Sandman and Conway left to form the band Morphine. Morphine had a devoted fan based for their jazzy rock numbers that only featured guitar, saxophone, and Conway’s drums. Their hits included: “Honey White,” “Super Sex,” and “Sharks.” The band broke up after Sandman died of an apparent heart attack. Conway know runs Hi ‘n Dry, a recoding studio in Boston, and plays with the band Twinemen. DaRK PaRTY recently caught up with Conway to talk about his life in music.)

DaRK PaRTY: Treat Her Right was a stripped down blues band featuring Mark Sandman and Dave Champagne on guitars; Jim Fitting on harmonica; and you beating the daylights out of a cocktail drum. Can you give DaRK PaRTY readers a brief origin story on the band and what the musical philosophy was behind it?

Billy Conway: We began in the mid-1980s with Sunday jam sessions doing whatever music that moved us. Paul Kolderie was playing bass and was unable to make one of the sessions and Mark (Sandman) began playing bass lines on his guitar. We liked the sound of low guitar and high guitar and there was a precedent in the blues that we all liked. We adopted the less is more theory and focused on simplifying everything we were doing. If there were too many chords in the song we just removed them or skipped that part of the song. We held high regard for one chord songs and strived to make simple and emotional music like our heroes – Muddy (Waters), (Howling’) Wolf, and Jimi Hendrix.

We wanted to make music with the power of the blues but still our music and not reliant on the tradition. Since we all had been in rock bands with too much gear and production we decided to apply the simple approach to performing as well. Each one of us had to be able to carry our gear into the venue in one trip without help and no gear that required two people to lift. We wanted to be able to do our thing in a living room or the enormodome. We took a steady local gig and saved the money to make our first record with Kolderie's help at the original Fort Apache studio. Our record was DYI (Do It Yourself) before the acronym was popular.

We sold some records and got signed by a major label and learned a lot of lessons.

DP: When Treat Her Right broke up, Mark Sandman formed Morphine in 1989 with saxophone player Dana Colley. You came in to play the drums after the original drummer Jerome Deupree became ill. Morphine had a rabid following of fans that really dug the band's ability to fuse blues and jazz elements with rock. Why do you think Morphine became so popular? 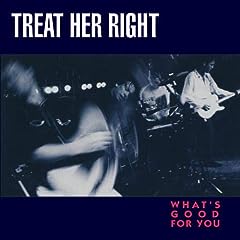 Billy: The sound of Morphine was unique enough that we were seldom compared to other artists or genres and had to be taken on our terms. We also knew that the songs would always be the test and it was always about the songs. We stripped down the lineup and worked really hard on the road and worked on having a good live show and making the real connection out in the world. As much as we believed in ourselves we were still astonished at times that our music was finding a place in a market that had very little music similar to ours.

DP: Mark Sandman died on stage in Italy on July 3, 1999 while performing. Can you tell us about Sandman as a musician and what he meant to you as a friend and band mate?

Billy: He will forever be an inspiration to me. He was fearless and relentless musically. He worked constantly and was always moving forward. It was not uncommon to see a song title on the set list that I didn't recognize. When I would ask him about it he wouldusually say something about a jam and a riff and that I would remember it when we started playing.

He was a great old school entertainer and emcee of the show and I think it was effectivebecause he was sincere. He would comment that when on stage you can't say thank you or the name of the city too many times. Having a good show was the singular goal of everyday on the road and he lived for that.

DP: You help run a recording studio called Hi 'n Dry and now play with a new band called the Twinemen. Can you tell us about the studio and what the Twinemen are all about?

Billy: Hi ‘n Dry was the name of Mark’s studio as far back as Treat Her Right and through Morphine and we kept it after his death. Every record we made had songs that were cut at Hi ‘n Dry and our last record was made and completed there. Dana and I decided to keep the studio and began producing records there and forming our own little scene and eventually had to stumble into our own label. It is mostly a community affair and a form of musical social work. Artists without much money helping artists without much money make records. It is a rewarding community to be involved in with a great history and supportive relationships.

Twinemen began after we completed a tour with Orchestra Morphine (a nine piece band we put together to promote "The Night" Morphine's final record). Laurie Sargent had been doing some of the singing in the orchestra and Dana and I were contributing music to her solo record when we realized the music was taking on its own path. So of course we followed along. Laurie’s solo record still is not finished, but Twinemen are preparing to release our third studio record in January. We acquired Jeremy Moses Curtis on bass after we lost the previous bass player to some guy named Dylan. The music of Twinemen is ever evolving and always exploring and we really enjoy not knowing where it is going as long as it sounds new and unlike music we know about. It must be in the Hi ‘n Dry air.

The name Twinemen came from a cartoon strip that Sandman had during morphine.The character was three headed twine ball as a comic reflection of life in a band.

DP: Word has it that Treat Her Right will be releasing a new album based on some recently rediscovered recordings. Can you give us a sneak peek at the project? Where was the music found and will there be any new material?

Billy: Yesiree, there is yet another edition of Treat Her Right music. At the end of our band life we had made a record for our major label that they actually paid for but never heard before they dropped us. We printed up a bunch of cassettes and hit the road selling them from the stage and actually broke even for once on the road. Since then it has been on the shelf and we thought it was time to make it available. It is a pleasure to hear the music now with all the miles in front of it. It still has its own unique sound and that, asalways, is a difficult thing to accomplish.


Read our picks for 7 Really Pissed Off Bands here