35 Years Later the Old Stuff is Still the Best Stuff

Okay. Please let me get this off my chest.

I never could figure out how anyone could like that curly, haired fraud better than Diamond David Lee Roth. I mean they dress in the same girlie clothes, but Dave just pulled it off better (Sammy had that chubby kid look, if you know what I mean). 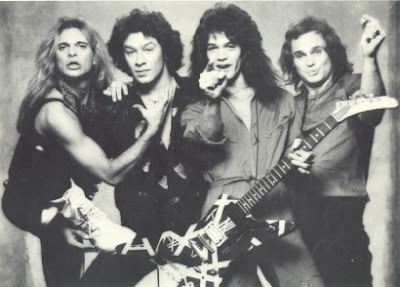 Sammy Hagar? He was the second-rate replacement who once crooned “I Can’t Drive 55.”

Van Halen was my rock n’ roll baby bottle. My first rock concert. I was a sophomore in high school and we piled into a station wagon for a road trip to . The concert was being held in the two-year old Worcester Centrum, a concert hall with about 15,000 seats.

This was back in 1981 when the band was touring for its “Fair Warning” album. I drank two warm Budweisers and got rip roaring drunk. That night David Lee Roth screamed like a madman at the crowd.

At one point, Roth stopped the music and stalked to the edge of the stage. Sweat was pouring off his bare chest. Spittle flew from his lips as he shouted: “Some asshole threw something at me!”

The crowd fell into a frenzy.

“Don’t worry. I know how to get back at him. Oh, yeah. Buddy, I’m gonna fuck your girlfriend!”

The band broke into “Everybody Wants Some!!” I nearly passed out in the aisle; I was so hyped up on Van Halen (and that warm beer).

It’s been 35 years since the band formed in . They have sold more than 80 million albums. They were inducted into the Rock and Roll Hall of Fame this year. They are one of the best selling rock bands in history.

So in honor of the greatest heavy-metal band of all time, DaRK PaRTY presents the best of old Van Halen.

From the self-titled debut album in 1978. A funked up rocker with a heavy bassline track. Alex Van Halen says this is his least favorite song, but he’s the drummer and who listens to them? The song is about a high school girl fond of one-night stands, but is upset that none of these hook-ups least to lasting love.

You Really Got Me

This may be one of the best cover songs of all time. It was originally recorded by the Kinks, but the Van Halen version gives them a special ownership. Van Halen used a talkbox after Eddie Van Halen’s guitar solo to make it sound like a woman having intercourse 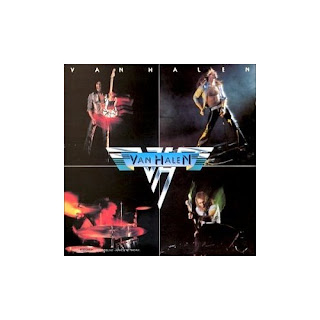 . See the video above.

Runnin’ With the Devil

The first song on the first album. It starts with car horns blaring and just rips into Eddie’s guitar work. It really is a masterpiece of hard rock and the song that kicked off the band’s career.

The only song from the band’s disappointing second album that includes “Dance the Night Away” and “Beautiful Girls.” “You’re no Good” was the best rocker on this LP – which went down the road of Top 40 radio rather than rock and roll.

The album “Women and Children First” went back to the gritty heavy metal riffs of the first album. How can you not love the jungle drums and monkey howls of Roth that introduce this bad-boy song? This should have been the greatest Prom song ever.

“Romeo Delight” is an underrated gem. Eddie’s guitar rock is scorching. It’s about a rogue that likes to drink and score women and one could swear Roth could be singing about himself.

And the Cradle Will Rock

Another winner from “Women and Children First.” The line “Have you seen Junior’s grades?” has become infamous. This is the first song that Eddie ever played the keyboards on.

“Fair Warning” was the least successful album for Van Halen with Roth. The album was the band’s hardest rocking – with an edge. “Dirty Movies” was one of best songs on the album. It’s a savage guitar driven classic that never gets enough credit as one of the band’s better numbers. 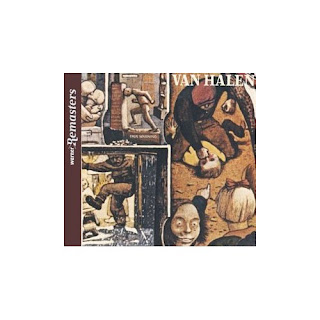 This is the first song on “Fair Warning” and sets the tone perfectly. It’s about living in the poor, violent part of town and the song captures that raw, gritty feeling with Eddie’s driving guitar riffs.

This song is infamous for the line: “Come on, Dave, give me a break.” It was uttered by the sound engineer and the band liked it so much that it made the final cut. Another freight train of a song off the “Fair Warning” album.

Where Have All the Good Times Gone

“Diver Down” sold better than “Fair Warning” but it isn’t as good. In fact, it may be the worst album with Roth. But this Kink’s remake is rollicking good fun.

“1984” was the last album with Roth and you could sense the shift in direction as the band went in a more pop rock direction with many of the songs. But “Hot for Teacher” was the exception – a brilliant guitar number by Eddie with lyrics by Roth about wanting to have sex with your teacher (unsuccessfully banned by several teachers’ unions).