Friday, October 24, 2008
The Greatest Cinematic Serial Killers of All Time

The U.S. is obsessed with serial killers. We read about them, we develop TV shows about them. And we make movies about them. Here is our list of the greatest (most popular and well-known) cinematic slashers of all time.

The Child Molester and Dream Demon

No. of Film Appearances: 8

Description: Freddy’s face is a mutilated, fire ravaged visage covered by smooth, bumpy scars. His teeth are rotting and jagged. He’s fond of wearing a dark fedora and a red-and-black striped shirt. He rarely goes anywhere without his clawed glove.

Backstory: Freddy’s mother was a nun who was tortured and raped by more than 100 pyschos while she was trapped in a prison for the criminally insane. His mother nearly died in childbirth and Freddy found a home with a violent alcoholic who abused him both physically and mentally. Freddy later murdered his adoptive father. Freddy grew up, got married, and fathered a daughter. He worked at a power plant and developed a fondness for kidnapping and murdering children. The police called him the Springwood Slasher. After Freddy was captured, law enforcement bungling forced them to release him. The parents of Freddy’s victims hunted him down and burned him to death. But before death took him, Freddy was approached by three evil dream demons who gave him the power to turn dreams into reality. Now Freddy returns to hunt victims in the night.

Method of Murder: Freddy wears a metallic glove with razor sharp claws at the end. He likes to torture his teenage victims, by manipulating their dreams. He generally kills them while they sleep – the wounds materializing in real-life after he slays them in slumber land. 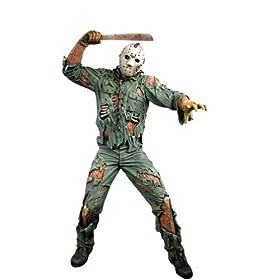 No. of Film Appearances: 12

Backstory: Jason was not the primary killer in the first “Friday the 13th” movie – his mother was. Jason was the motivation behind her murders – because he died from a drowning while camp counselors at fooled around. Jason – the mass murdering adult – didn’t come until the 1981 sequel. Not much is known about Jason. He was a mentally challenged child who grew up with an abusive mother. Creators re-engineered his drowning so that he didn’t die, just washed up on shore and lived in the forest. It is speculated that he continues to kill to please his dead mother. His creators have called him a “psycho-savant” with a high tolerance for pain.

Method of Murder: Jason is quite fond of using sharp object to poke, dismember, and slaughter his victims. That’s why he really enjoys using his rusty, blood-splattered machete.

Killer Quote: “He (Jason) doesn't have any personality. He's like a great white shark. You can't really defeat him. All you can hope for is to survive.”

Random Pop Reference: Jason has become a cultural icon – from comic books to parodies to appearances in pop songs. Musicians from Alice Cooper to Tupac Shakur have sang about him.

Honors: Jason received a lifetime achievement award from MTV in 1992 – one of only three fictional characters to ever get the award. 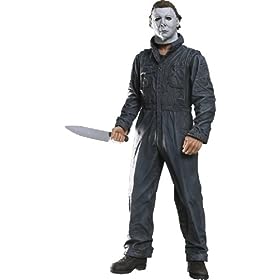 The Supernatural Babysitter Butcher of

No. of Film Appearances: 9

Description: A hulking man in soiled gray overalls wearing a rubber William Shatner mask backwards and often carrying a butcher knife. He is obsessed with teenage girls and often follows them around before murdering them and their friends.

Backstory: The character, according to creator John Carpenter, was based on Yul Brenner’s killer robot in the film “Westword.” At six years old, Michael murders his sister with a butcher knife on Halloween night. The boy was sent to a hospital for the criminally insane. He escapes as an adult and returns to his hometown of to continue murdering teenagers. It is likely that Michael is supernatural or possessed by some supernatural evil spirit – because he cannot be killed (by bullets, knifes, etc.).

Method of Murder: Michael enjoys killing with knives – but he’s very resourceful when he needs to be.

Killer Quote: “(I wanted to) raise this Michael Myers character up to a mythic status; make him human, yes, but almost like a force. A force that will never stop, that can't be denied."

Random Pop Reference: Michael made his debut in video games in a 1983 Halloween game released by Atari. He’s been the subject of novels, comic books, toys, dolls, etc. Another icon of the horror movie slasher genre.

Honors: The Halloween series has grossed more than $328 million worldwide. 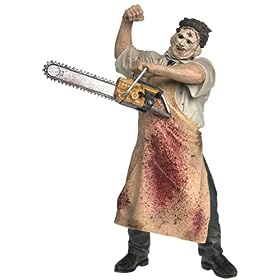 No. of Film Appearances: 6

Description: A big, chubby man who is mentally retarded. He wears old clothes and likes to stalk around wearing the peeled off facial skin of his victims. He enjoys lugging around a gas-powered chainsaw.

Backstory: Leatherface’s real name is Bubba Sawyer. He is one of four brothers who live with their grandparents and great-grandmother in an old house in . The family members are cannibals – and Leatherface the primary cook. In the new series of movies, Leatherface’s real name is Thomas Brown Hewitt. His mother dies in childbirth and he is tossed in a Dumpster where a woman finds him and takes him home. The creators noted he’s treated more like a pet than a son.

Method of Murder: Leatherface uses a chainsaw to dismember his victims and then carves up the meat for storage in a meat locker – so his family can dine on the remains later. He’s also been known to use a sledgehammer.

Killer Quote: “Leatherface is completely under the control of his family. He'll do whatever they tell him to do. He's a little bit afraid of them.”

Random Pop Reference: Leatherface has been the main character is a series by Wildstorm Comics. 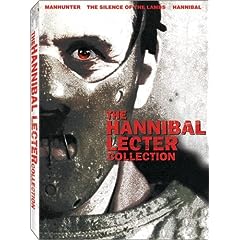 Description: A short, thin man with great physical strength for his size. He has a sixth digit on his left hand (two middle fingers). He had wispy black hair which he slicks back over his head and small than average teeth. He also has a calm, creepy demeanor and an uncomfortable stare. He’s extremely sophisticated and quite an elegant talker.

Backstory: Lecter is the son of Lithuanian aristocrats and is orphaned with his sister during World War II. The siblings are captured by Nazis – who murder his sister and eat her – in front of him. Later escaping, Lecter is raised in an orphanage until adopted by his uncle. He has an affair with his uncle’s wife after his death. His obsession with catching his sister’s killers overcomes him and hunts down, kills, and eats each of them. He is a brilliant man and graduated from the to become a world renowned psychiatrist. He continues to kill – mostly patients and those connected to his patients until he is arrested by the FBI and imprisoned.

Method of Murder: He murders in various methods, but usually eats his victims by cooking them up gourmet style.

Killer Quote: “(Lecter) is standing at rest - like a savage animal confident of the brutality coiled up inside him. His speaking voice has the precision of a man so arrogant he can barely be bothered to address the sloppy intelligence of the ordinary person.”

Random Pop Reference: Lecter has been parodied on “” and in the movie “Jay and Silent Bob Strike Back.”

Honors: “Silence of the Lambs” won the Oscar for best movie in 1991. 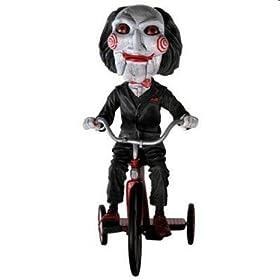 Want to Play a Game?

Description: A balding middle aged man with a hang-dog, expressionless face. He is paunchy and average sized, but very cunning, patient, and willing to do what it takes to succeed.

Backstory: Jigsaw is Jonathan Kramer, a civil engineer who is dying from an inoperable frontal lobe tumor as a result of colon cancer. He is divorced from his wife, a drug counselor, after their unborn child dies in an attack by one of his wife’s patients. The event makes Jigsaw angry and detached. Once he learns of his cancer, Jigsaw devises intricate traps and places flawed people into them in order for them to see the error of their ways. Those who survive, Jigsaw believes, will be better people. Oddly, Jigsaw doesn’t see himself as a murderer, but someone who helps people. He wants his surviving victims to appreciate their lives.

Method of Murder: Jigsaw sets up deadly traps to see how far his victims will go in saving their own lives. If they die he cuts a jigsaw puzzle shaped section of their flesh – as a symbol that they where missing a part of themselves needed to survive the traps. 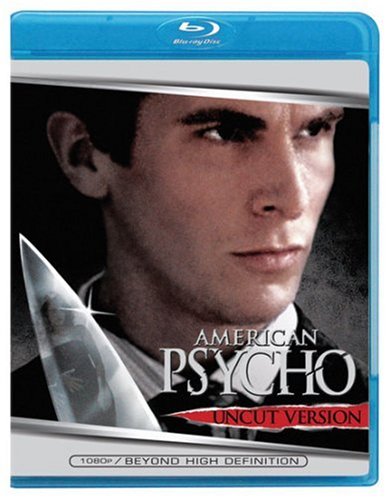 The Boy Next Door

No. of Film Appearances: 3

Backstory: Bateman is the oldest son of wealthy parents. His parents are divorced and his mother lives in a sanatorium. Bateman attended , , and . He lives in on the Upper Wide Side and works in investment banking. He’s the ultimate yuppie, except that Bateman leads a double life and enjoys murdering people in a variety of ways – including torture and cannibalism.

Method of Murder: Various – but he likes to torture or have sexual liaisons with his victims before killing them.

Killer Quote: "I like to dissect girls; do you know I'm utterly insane?"

This Doll is Your Worst Nightmare 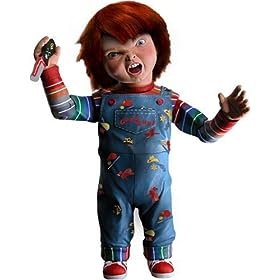 Backstory: A serial killer called the Lakeshore Strangler is shot by police. The mortally wounded killer, Charles Lee Ray, breaks into a toy store and falls on top of pile of “Good Guy” dolls. Just before he dies, he chants a voodoo spell to place his soul into one of the dolls. The toy store burns to the ground, but the doll lives.

Method of Murder: Chucky kills with various methods, but generally like to use hammers, knives, and hatchets to do away with his victims.

Killer Quote: “This is certainly not "Pinocchio" or "Babes in Toyland," and it may not do much for the sale of large boy dolls between now and Christmas.”

r4i karte said...
The review really does not do this set justice, picture quality is superb, loads of connectivity, have not yet tried the aquos net though. Best value for money out there.
November 26, 2009 7:37 AM

free movie said...
A great collection! I think that Bateman is the the greatest cinematic serial killer just for the fact that, unlike others in the list, the movie that he participated in was more a thriller and even a drama, it gives him a different point of view...
December 03, 2009 6:48 PM
Post a Comment
<< Home
Advertisements
DaRK Buttons