Just in time for the debates and the election season, we give you our favorite movies featuring make-believe presidents. If only it were so easy! 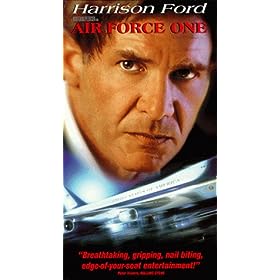 Plot in a Nutshell: Terrorists hijack Air Force One and the president is forced to forgo diplomacy and kick some ass.

Playing the President Is: Harrison Ford

Is He Presidential?: If you like your leaders to be men of action (and better at hand-to-hand combat than his Secret Service agents) – then, hell, yes.

Best Presidential Quote: “Never again will I allow our political self-interest to deter us from doing what we know to be morally right. Atrocity and terror are not political weapons. And to those who would use them, your day is over. We will never negotiate. We will no longer tolerate and we will no longer be afraid. It's your turn to be afraid.”

Cool Trivia: The role was presented to Kevin Costner first, but he was committed to doing “The Postman.”

Would We Vote for Him?: After he single-handedly takes out the terrorists and defuses a bomb? Of course! 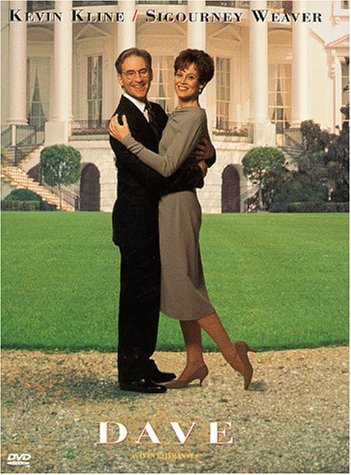 Plot in a Nutshell: An average Joe who looks like the president and sometimes plays his body double is forced to assume command when the real president has a heart attack during a hotel tryst.

Playing the President Is: Kevin Kline

Is He Presidential?: The real president is a scumbag, but the body double Dave is a sweetheart.

Party Affiliation: The real president seems to be Republican, but Dave leans to the left.

Best Presidential Quote: “If you've ever seen the look on somebody's face the day they finally get a job, I've had some experience with this, they look like they could fly. And its not about the paycheck, it's about respect, it's about looking in the mirror and knowing that you've done something valuable with your day. And if one person could start to feel this way, and then another person, and then another person, soon all these other problems may not seem so impossible. You don't really know how much you can do until you, stand up and decide to try.”

Cool Trivia: Oliver Stone makes a cameo as a journalist who tries to convince everyone that the president isn’t really the president.

Would We Vote for Him?: Thumbs down for William Harrison Mitchell, but a thumbs up for Dave. 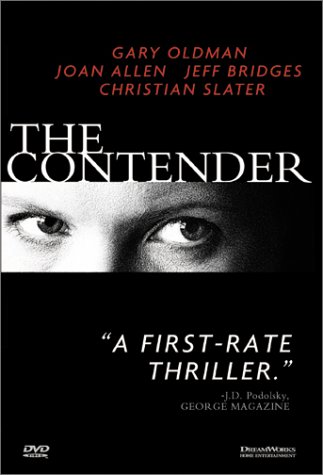 Plot in a Nutshell: The vice president dies in office and the new president selects a woman to replace him. Dirty politics ensue and the new VP tries to maintain her dignity.

Playing the President Is: Jeff Bridges

Is He Presidential?: He’s crafty and charming and smart – so a definite yes.

Best Presidential Quote: “Napoleon once said when asked to explain the lack of great statesmen in the world, that "to get power you need to display absolute pettiness; to exercise power, you need to show true greatness." Such pettiness and greatness are rarely found in one person... Laine Hanson has asked that I allow her to step aside. She asked me to do this because she wants my presidency to end on a note of triumph and not controversey. Understand, those of you who worked to bring Laine Hanson down, that she asked to have her name withdrawn from consideration, NOT because she isn't great, but because she isn't petty. Because those two forms of leadership traits could not live in her body or her soul. Greatness. It comes in many forms, sometimes it comes in the form of sacrifice - that's the loneliest form.”

Cool Trivia: Joan Allen plays the VP hopeful and this may be her best movie.

Would We Vote for Him?: A president who bowls? We’d punch that ballot. 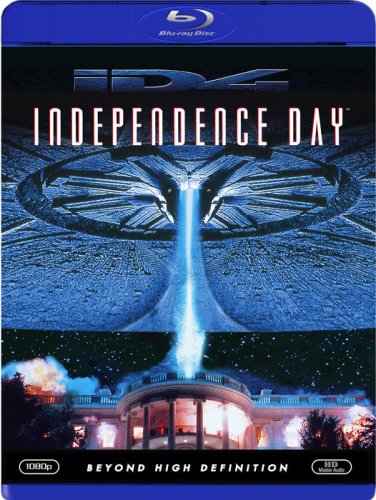 Plot in a Nutshell: The Earth is attacked by aliens and the humans rally around the president at Area 51 in order to fight back.

Playing the President Is: Bill Pullman

Is He Presidential?: He’s the kindred spirit of Harrison Ford in “Air Force One.” He’s a president not afraid to get his hands dirty.

Party Affiliation: Unknown, but he appears to be a Democrat

Best Presidential Quote: “Good morning. In less than an hour, aircraft from here will join others from around the world. And you will be launching the largest aerial battle in the history of mankind. "Mankind." That word should have new meaning for all of us today. We can't be consumed by our petty differences anymore. We will be united in our common interests. Perhaps it's fate that today is the Fourth of July, and you will once again be fighting for our freedom... Not from tyranny, oppression, or persecution... but from annihilation. We are fighting for our right to live. To exist. And should we win the day, the Fourth of July will no longer be known as an American holiday, but as the day the world declared in one voice: "We will not go quietly into the night!" We will not vanish without a fight! We're going to live on! We're going to survive! Today we celebrate our Independence Day!”

Cool Trivia: Originally, the producers wanted to change the name of the film to “Doomsday” and release it on Memorial Day.

Would We Vote for Him?: Depends on who he was running against. He’s a bit too earnest for our taste. 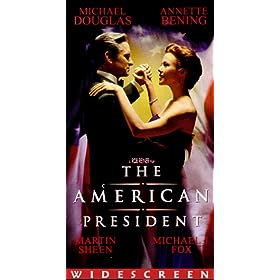 Plot in a Nutshell: The widower president falls in love with a lobbyist.

Playing the President Is: Michael Douglas

Is He Presidential?: All the way. And he can dance as well.

Best Presidential Quote (see video above): “For the last couple of months, Senator Rumson has suggested that being president of this country was, to a certain extent, about character, and although I have not been willing to engage in his attacks on me, I've been here three years and three days, and I can tell you without hesitation: Being President of this country is entirely about character. For the record: yes, I am a card-carrying member of the ACLU. But the more important question is why aren't you, Bob?”

Cool Trivia: Robert Redford was originally cast in the role of the president.

Would We Vote for Him?: We’d vote for him and donate money to his campaign. 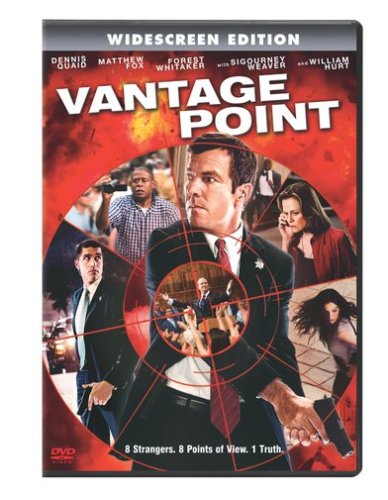 Plot in a Nutshell: A terrorist group tries to take out the president and a veteran Secret Service agent is all that stands in the way.

Playing the President Is: William Hurt

Is He Presidential?: Yes, he gives a grand speech in

Party Affiliation: Unknown, but a speech on terrorism probably means he’s a Republican.

Best Presidential Quote: “No, we have to be strong.”

Cool Trivia: The film takes place in , but only the overhead shots were actually film there. The movie was actually filmed in .

Would We Vote for Him?: He’s got some loyal Secret Service agents who like him, but its difficult to get a take on his politics or his personality.

Plot in a Nutshell: While a thief watches him from behind a two-way mirror, the president attempts to rape a woman at a fundraising party and when she fights back she’s shot by the Secret Service agents. The president tries to cover it up, but the thief decides not to let him get away with it.

Playing the President Is: Gene Hackman

Is He Presidential?: Are you kidding? The guy’s a criminal (well, some could argue that that is about as presidential as you get).

Party Affiliation: Unknown, but since he groped and raped a woman (not a man), it’s likely he’s a Democrat.

Best Presidential Quote: “He saw nothing. He saw a drunk woman who liked rough sex too much. He's a burglar. Who's gonna believe him? After all, it's not as if he has any evidence or anything.”

Cool Trivia: The film is based on the bestselling novel by David Baldacci. 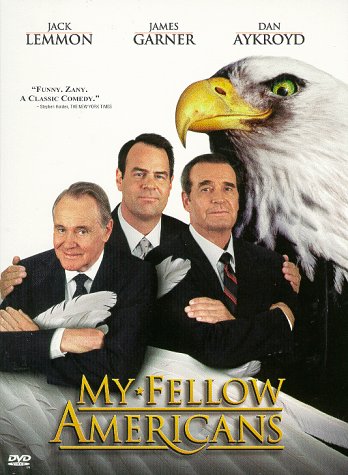 Plot in a Nutshell: Two ex-presidents are framed by the current president and go on the lam in an effort to find evidence to prove their innocence.

Playing the President Is: There are three presidents in the film played by Jack Lemmon, James Garner and Dan Aykroyd

Are They Presidential?: Did we mention that they go on the lam?

Best Presidential Quote: “Hail to the chief, if you don't, I'll have to kill you. I am the chief, so you better watch your step, you bastards.”

Cool Trivia: Walter Matthau was supposed to play the Garner role, but he was too ill.

Would We Vote for Them?: Only if Moe from the “Three Stooges” was running against either one.

GFS3 said...
Hey Flick:
Never even have heard of "Gabriel," but I'll see if my local video store has a copy.