Synopsis: Freeman plays a Washington D.C. detective who travels to North Carolina to find the serial killer who has kidnapped his niece. He’s aided in his investigation by Judd, a victim of the killer, who managed to escape his clutches.

Killing Method: The killer – Casanova – kidnaps his victims and makes them subservient. If they rebel, he tortures and murders them.

How the Killer Dies: Gunshot to the chest

Flaws: The surprise twist at the end is clever, but not likely.

Why It’s Worth a Rent: Two words: Morgan Freeman. 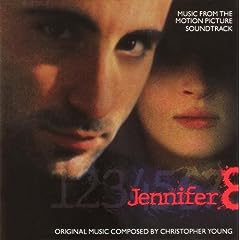 Synopsis: Garcia plays a hotshot detective from L.A. who moves to northern California to take a job on a department with his buddy Henricksen. They find a dead woman’s hand in the dump and Garcia thinks he’s on the trail of a serial killer who likes to kill blind women. Nobody believes him and when Henricksen is allegedly killed by the “serial killer” the cops think Garcia did it.

Killing Method: Unclear, but he cuts off the hands and heads of his female victims.

How the Killer Dies: Shot several times by the wife of a police officer he murdered.

Why It’s Worth a Rent: Malkovich steals the movie in a small role as an FBI interrogating grilling Garcia. He’s simply amazing. Also worth a rent to watch Uma Thurman playing a vulnerable, trembling blind cello teacher. When’s the last time you saw Uma playing a victim?

Synopsis: plays a wheel-chair bound detective who teams up with a female detective to track down a serial killer who kidnaps women from taxis and then kills them in different sadistic ways.

Killing Method: Various. The killer murders the victims by copying the methods outlined in a book called “The Bone Collector” written by Washington’s character.

How the Killer Dies: Gunshot

Flaws: The identity of the killer is almost an afterthought to the movie, which is really about the interactions between Washington and Jolie.

Why It’s Worth a Rent: Washington is wasted as a man who can’t move anything but his little finger, but in many ways this was another breakout role for Angelina Jolie.

Synopsis: Weaver plays a psychologist with agoraphobia (she can’t leave her apartment) and Hunter a criminal profile after a copy cat serial killer (he mimics the methods of other famous serial killers). The killer discovers that Weaver and Hunter are after him and begins a cat and mouse game with them.

Killing Method: You name it, he does it.

How the Killer Dies: Shot and falls off a roof.

Flaws: The movie premise is too far fetched and it doesn’t make much sense for a serial killer to copy the murders in the order of a speech Weaver gives more than a year ago.

Why It’s Worth a Rent: It’s worth watching two of Hollywood’s best actresses at the top of their game – even though the script is a bit weak. 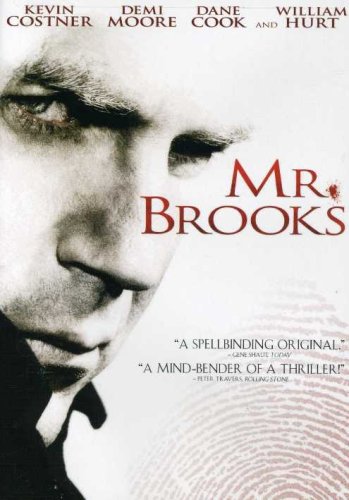 Synopsis: A married businessman named Man of the Year has a secret: he’s a serial killer known as the Fingerprint Killer. In order to control his murderous impulses, he attends Alcoholics Anonymous meetings, but it becomes more and more difficult to stop. When he kills again a young man photographs him and wants to come along the next time he murders. Meanwhile a cop is hot on his trail.

Killing Method: Shoots them and then dips their fingers in blood.

How the Killer Dies: He doesn’t. Get ready for the sequel.

Flaws: This was a very unrated movie that flew under the radar screen. But the plot does get bogged down at points, especially with the sub-plot of Moore’s tough cop being pursued by another serial killer.

Why It’s Worth a Rent: Kevin Costner gives one of his most powerful performances against type.

Synopsis: Spader plays a burned out FBI agent who was tracking, but unable to find serial killer Reeves. He retires, but Reeves sends him information about his news victim and a new cat and mouse game begins.

How the Killer Dies: Gun shot

Flaws: Are there really any serial killers who simply stage elaborate murder scenes for the police in order to show off how brilliant they are? No, so why does Hollywood instead of treating serial killers like complicated artists?

Why It’s Worth a Rent: Reeves goes against type and plays a serial killer and Spader is always fun to watch – especially when playing tortured characters. Synopsis: A newspaper cartoonist becomes obsessed with solving the Zodiac murders and begins to track down the possible suspects. He befriends a reporter covering the cases and who eventually lets the horror of the crimes destroy his life and career. The movie is based on the unsolved Zodiac murders in northern California in the early 1980s.

Killing Method: He shoots them.

How the Killer Dies: Since the Zodiac killer was never found – we don’t really know.

Flaws: The movie is long and the plot intricate.

Why It’s Worth a Rent: Robert Downey Jr. is worth the rental price along. He has revived his career and simply chews up the scenes he’s in.

The Best and Worst Superhero Movies

Anonymous said...
I completely forgot about The Watcher until I read it here and I own the damn thing! I'll have to give it another shot.
September 10, 2008 6:36 PM