Wednesday, January 16, 2008
7 Angry Bands
(Anger is an energy. Just ask Johnny Lydon. There are lots of angry bands in rock history (and rap history, but we don't like rap so we're choosing to ignore that genre. Here are DaRK PaRTY's favorite angry bands)

Origin: The Pogues were formed in 1982 by front man (and raging alcoholic) Shane MacGowan (whose previous band was called the Nipple Erectors). They played punk-inspired political songs using traditional Irish instruments such as banjos, mandolins, and accordions. The name of the band is a take off of pogue mahone, which means “kiss my ass” in Gaelic. 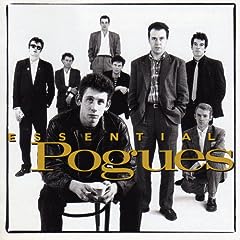 Why So Pissed Off: MacGowan was a very pissed off drunk

Second Best Angry Song: “If I Should Fall from Grace with God”

Classic Angry Moment: During a Clash concert in 1976, MacGowan had his earlobe bitten off by a girlfriend after being caught making out with another woman during the show. Covered in blood, a photographer snapped his picture which hit the papers under the headline: “Cannibalism At Clash Gig.”

Second Classic Angry Moment: The band kicked MacGowan out of the band in 1991 after his drunken antics during a tour in .

DP Take: What's not to love about a band more angry at its drunk lead singer than at anything else?

Rage Against the Machine 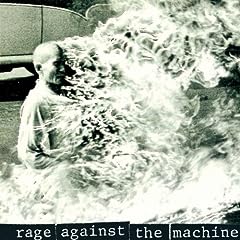 Why So Pissed Off: The band embraces radical leftwing politics and socialist policies. They are also active supporters of the Zapatista Army of National Liberation in .

The Enemy: The government, Republicans, Corporations

Best Angry Song: “Killing In the Name Of”

Angry Quote: “ touts itself as the land of the free, but the number one freedom that you and I have is the freedom to enter into a subservient role in the workplace. Once you exercise this freedom you've lost all control over what you do, what is produced, and how it is produced. And in the end, the product doesn't belong to you. The only way you can avoid bosses and jobs is if you don't care about making a living. Which leads to the second freedom: the freedom to starve.” – Guitarist Tom Morello from Guitar Player magazine.

Classic Angry Moment: In 1996, “Saturday Night Live” made the terrible decision to feature Rage with guest host Steve Forbes (the billionaire and die-hard Republican). In protest, Rage inverted the American flags on their stage set, but producers ripped them down. The producers also threatened to bleep out any objectionable lyrics to “Bulls on Parade,” which is a scathing rant against Republican politics. Rage put up the flags for their first set and afterwards was kicked out of the building by SNL. Screaming censorship, one member of the band stormed Forbes’ dressing room and threw shreds from one of the flags at his door.

DP Take: Rage is the anti-U2 of political bands. 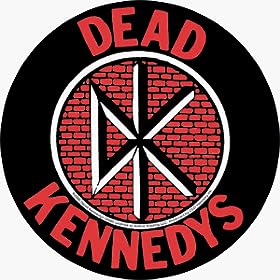 Origin: Formed in June 1978 when guitarist East Bay Ray (real name: Raymond Pepperell) placed ads for band members after seeing a punk rock concert. Despite what might appear to be a slap at JFK and RFK, the band said their name signified “the end of the American Dream.”

Why So Pissed Off: They’re a bunch of skinny leftwing punks

Angry Quote: “So you been to school/For a year or two/And you know you’ve seen it all/In daddy’s car/Thinkin’ you’ll go far/ Well you’ll work harder/With a gun in your back/For a bowl of rice a day/Slave for soldiers/Till you starve/Then your head is skewered on a stake” – Lyrics to “Holiday in Cambodia”

Classic Angry Moment: The Dead Kennedys’ album Frankenchrist (1985) included a poster of nine penises engaged in sex with nine vaginas. They were attacked by the after a teenage girl bought the album in a record store. Criminal charges for distributing harmful matter to minors were brought against the band. The trial ended in a hung jury.

DP Take: The Dead Kennedys were ahead of their time and if not for legal troubles could have been huge.

Origin: Butch Vig, the producer of bands such as Nirvana and Smashing Pumpkins, got the bug to play in a band again and formed Garbage in 1994.

Why So Pissed Off: Shirley Manson, the lead singer, was taunted for her red hair and pale look

The Enemy: Relationships, Other People, Society

Angry Quote: “You burn and burn to get under my skin/ You've gone too far now I won't give in/ You crucified me but I'm back in your bed/ Like Jesus Christ coming from the dead” – Lyrics from “Vow”

Classic Angry Moment: In the video for “Push It,” the band features anti-religious images including the male members of the band dressed up as grotesque looking nuns and later three Catholic school boys murdering their father.

Why So Pissed Off: This is Johnny Rotten’s first band after the death of Sid Vicious and the break-up of the Sex Pistols. How can a band formed by Johnny Rotten not be completely pissed off? 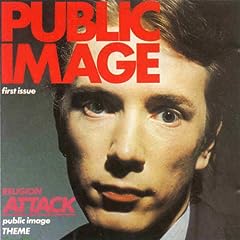 Second Best Angry Song: “This is Not a Love Song”

Angry Quote: “Anger is an energy” – lyric from “Rise”

Classic Angry Moment: In the video “Rise,” Lydon looks like the deranged offspring of Carrot Top and Pee Wee Herman.

Second Classic Angry Moment: While a member of the Sex Pistols, Lydon was attacked by an angry mob after the single “God Save the Queen” was released. They stabbed him in his left hand and leg and almost tore out one of his eyes with a broken beer bottle.

DP Take: The Sex Pistols were angrier, but PiL could actually play their instruments.

Origin: Formed by Kurt Cobain and Krist Novoselic in 1987. They were one of the originators of the grunge rock scene that occurred in and around .

Why So Pissed Off: Drug addiction and being married to Courtney Love.

Angry Quote: “Just seeing Kurt write the lyrics to a song five minutes before he first sings them, you just kind of find it a little bit hard to believe that the song has a lot to say about something. You need syllables to fill up this space or you need something that rhymes." – Drummer Dave Grohl about the song “Smells Like Teen Spirit”

Second Classic Angry Moment: On April 5, 1994, Cobain shot himself in the head with a shotgun.

DP Take: What if Cobain was just a lucky whiner?

Origin: Widely considered to be the first hardcore punk rock band, Black Flag was founded in 1977 by guitarist Greg Ginn.

Why So Pissed Off: They were southern punks. 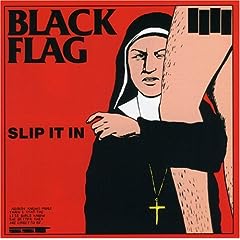 The Enemy: The Man, Corporations, Religion, and Everybody Else

Best Angry Song: “Slip It In”

Angry Quote: "When they spit at me, when they grab at me, they aren't hurting me. When I push out and mangle the flesh of another, it's falling so short of what I really want to do to them." – Lead Singer Henry Rollins about his many brawls with members of the Black Flag audience

Classic Angry Moment: The band was blacklisted by the Los Angeles Police Department and was banned by many rock clubs in the city because of the violence and destruction that erupted at its shows.

Second Classic Angry Moment: During a concert in , Rollins attacked a member of the audience that led Ginn to call him a “macho asshole.”

DP Take: "Slip It In" may be the most offense album cover ever.

Read "18 Bands That Should be Erased From Rock History"

Read our picks for "10 Finest Soundtracks in World History"

Jessica said...
My husband and I just spent the last two nights watching Henry Rollins' Live in the Conversation Pit DVD, which I highly recommend. Age has not mellowed Mr. Rollins in the least. (Speaking of angry bands and Black Flag.)
January 18, 2008 10:26 AM

Unknown said...
Drive Like Jehu's Yank Crime is the angriest rock record of my lifetime. With the raked-raw vocals from the first track (a classic rage anthem "Here Come the Rome Plows") to the vitriolic heat of the guitars all the way through. Plus the lyrics are just vague enough to give them universality.