Friday, December 28, 2007
Hall of Lame: Superheroes You Wouldn't Want To Be

With the new Ironman movie scheduled to premiere in May (see the trailer above), DaRK PaRTY decided it was time to set some limits. Not every superhero and villain is worthy of celluloid fame.

But the film industry is beginning to run out of A-list superheroes. We want to make sure that we don’t dig too deep into the annals of superhero comics. It could be dangerous – if not downright embarrassing.

That’s why we’ve compiled a list of 12 superheroes and villains that no one in their right mind would opt for the treatment. In fact, these superheroes are so lame – most people wouldn’t even want to have their powers.

Editor’s Note: We aren’t including Robin on the list. Robin is the king of lame superheroes and therefore is automatically including in any list of lame-ass superheroes – even if he isn’t officially listed.

Origin: In with his doctor father, Frank is bitten by a cobra. His father injects him with the blood of a mongoose to counteract the cobra venom. The result: super speed.

Appearance: With the name The Whizzer it may have been a mistake to put him in a bright yellow costume.

Lame Factor: I guess the name The Flash was taken, but, my God, the Whizzer?

Snide Comment: The was on the verge of entering World War II – so clearly people were distracted. But naming a superhero after a bodily function probably doomed The Whizzer from becoming the next Superman.

Origin: Barnell was born a mutant that gave him birdlike qualities – except, amazingly, the power to fly.

Powers: He can glide for short distances, has enhanced eyesight, and his hands are talons. Oh, he’s got feathers, too.

Lame Factor: These are powers? Poor bastard should hunt down the folks at Purdue.

Snide Comment: We wonder if he tastes like chicken. Believe it or not, but Beak has become a fan favorite and even has a fan site dedicated to him. 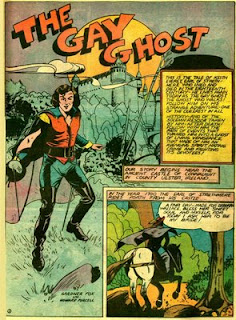 Origin: Everet is the Earl of Strethmere (in ) when he is attacked by bandits who steal his purse (no really!). He’s murdered and his spirit goes to heaven where his ancestors agree to allow him to return to earth as the Gay Ghost.

Powers: He can possess other people’s bodies and is an expert, ahem, swordsman.

Appearance: An 18th century Earl – who happens to have long, luscious hair, is transparent, and ghostly.

Lame Factor: He’s called the Gay Ghost – which is an enormous liability.

Snide Comment: Clearly, the gay movement hadn’t happened when Gay Ghost was created – and yet the character seems to be, well, gay.

Origin: Collins grew up in a single-parent home before becoming a student at the Xavier Institute (famous as home of the X-Men).

Powers: She can manipulate the emotions of other people with pheromones.

Lame Factor: She also acts like a pouty, blond cheerleader. And her major power seems to be the ability to make people cry at whim.

Creator: Marvel Comics (one of the more ridiculous mutants)

Snide Comment: Clearly, the folks at Marvel were having trouble with their teenage daughters. Yet here’s another minor superhero with a fan site.

Origin: Okay, she was blasted into space after the planet Krypton exploded. If this sounds familiar – it is. This is exactly the same origin as Superman. Superman, in fact, is her cousin. 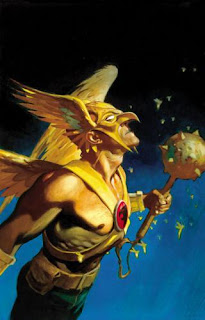 Origin: Hall is the reincarnation of Prince Khufu who died centuries ago while in combat with an Egyptian wizard.

Powers: He can fly using artificial wings made of Nth mental from the Planet Thanagar.

Appearance: A guy in a hawk outfit – generally not wearing a shirt.

Lame Factor: He’s got wings and uses spears and maces as weapons. One gets the sense that even Green Arrow could take him.

Snide Comment: Could not come up with a better name than Hawkman? 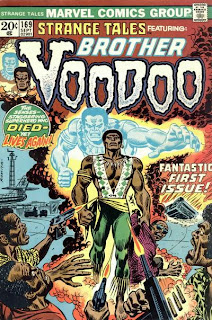 Origin: Amazingly, Drumm is from (what are the chances?). A psychologist by trade, he returns to his homeland to see his dying brother. Urged by his brother to learn voodoo, Drumm studies under Papa Jambo to become the new Brother Voodoo.

Powers: Drumm taps the power of Loa to create smoke, control fire, and command living things – mostly animals such as snakes, alligators and dogs. He can boost his strength by summoning the spirit of his dead brother.

Appearance: Think of all the racist stereotypes of a black man as a voodoo priest and, well, that’s Brother Voodoo.

Lame Factor: It feels like Brother Voodoo may have been a rejected villain for a James Bond movie. Also, one of Brother Voodoo’s aliases is “He-Who-Has-Died-Twice.”

Snide Comment: Brother Voodoo could only have been created in the 1970s.

Origin: Queen, a millionaire playboy, tumbles off a yacht and washes onto the shore of a tropical island with a movie prop – a green longbow. Stranded for months on the island, Queen hones his skills as an archer before tricking smugglers to taking him back home to .

Powers: Queen – mind you after only months of practice! – is the world’s greatest archer. He uses his money to develop all kinds of gimmick arrows to help him fight crime (like arrows with grappling hooks!).

Appearance: A green Robin Hood with a blond goatee

Lame Factor: This man has no super powers at all.

Snide Comment: Thank god he wasn’t washed up on the island with a slingshot. 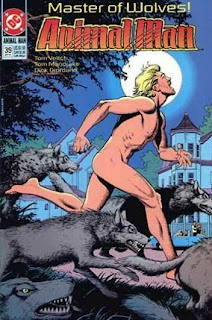 Origin: While hunting, Baker is zapped by aliens with a laser. His body is reconstructed with “morphogenetic grafts” that allow him to temporarily mimic any animal that has ever existed by tapping into “the unseen web of energy that links and shapes all animal life.”

Powers: He can fly like an eagle, run like a cheetah, and absorb the strength of a lion.

Appearance: Red and blue spandex with (get this) a black leather jacket.

Lame Factor: We wonder: when he’s feeling sensitive does he absorb the abilities of pink flamingos?

Creator: DC Comics (he actually had his own comic book)

Origin: Oliver, shockingly a native of , was obsessed with kangaroos and began to live with them. He ate the same food, ran and hopped with them, until he developed the same abilities as his marsupial friends.

Powers: He can box and jump just like a kangaroo!

Lame Factor: One can only imagine what life in the Outback must have been like for Oliver and his kangaroo pals as the skipped, hopped, and dined together.

Creator: Marvel Comics (first appeared as an enemy to Spiderman)

Snide Factor: May be the lamest origin story ever.

Origin: A genius, but very ugly, Elder was shunned for his looks. He spent his life searching for a legendary underground kingdom. Finally, after washing up on the shores of (we don’t make this stuff up, folks) he found Subterranea and became one of its masters.

Powers: He’s blind, but all his other senses are razor sharp. He has the radar of a bat (but apparently the name Bat Man was taken). He invents all kinds of weird weaponry that he uses in combat.

Creator: Marvel Comics (originally a villain to The Fantastic Four)

Snide Comment: Mole Man was created by Stan Lee – even the king can have an off day. 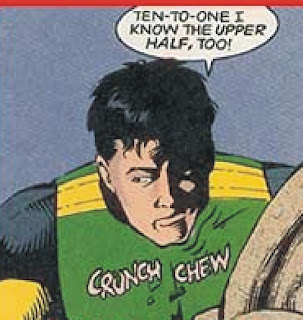 Origin: Born on the planet Bismoll, Kem was injected with microbes like the rest of the population because it helped them eat their food. As a result, Kem is able to eat anything and well, unfortunately, he does.

Powers: He can eat any substance.

Appearance: A teenage boy in a green and yellow outfit of his superhero group – Legion of Super-Heroes.

Lame Factor: Matter-Eater Lad is proof that even comic book writers get desperate.

Read our picks for the best and worst superhero movies

Anonymous said...
How can you have a list of lame super heroes and not have Stone Boy or Hoppy the Marvel Bunny on it?

GFS3 said...
No, I agree that Powergirl is far from lame to look at.

Hoppy was a joke -- not a (and please forgive me for using this word) "real" superhero.

There is no doubt that Stone Boy is lame -- but the list was for a dozen -- so not everyone made the list.

Anonymous said...
Green arrow is NOT lame!!!!
And scince Hawk Man and Hawk Woman were together, howcome Hawkwoman is the only one thats become famous, besides the fact she was actualy better in th commics
April 18, 2009 2:08 PM

Anonymous said...
I can't belive you put my girl Power girl on this list, you sir are a tasteless fool. I agree on some of your pic's but leave the JLA alone they are the best team of super-hero's ever. Geen Arrow is an awsome hero please, read more comic's. You must be a Marvel fan.
September 10, 2009 6:40 PM
Post a Comment
<< Home
Advertisements
DaRK Buttons