(DaRK PaRTY loves a tasty mystery novel (that doesn’t involve protagonists named Dexter). Crime fiction has never been more popular – so we were happy to run into Dave Zeltserman, a crime writer in who just published his second novel “Bad Thoughts,” a neo-noir mystery/horror novel that Booklist praised as a “compellingly clever wheels-within-wheels thriller.” Dave lives in the area with his wife, Judy; is a die-hard Patriots and Red Sox fan; and when he’s not writing crime fiction he spends his time studying Kung Fu. We talked to Dave about crime fiction and the challenges facing emerging writers in today’s book industry) 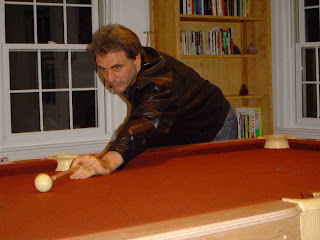 DaRK PaRTY: How did you get your start in writing novels?

Dave: I always read a lot, and at times would try writing short stories. The thing was in high school I was more of a math and physics guy, and in college majored in Applied Math and Computer Science, so writing seemed more like a lark than something I should seriously pursue. After college I worked as a software engineer, and still found myself drawn to writing fiction in my spare time.

I was struggling with a private eye story and doing a bad job trying to imitate Ross Macdonald when I discovered Jim Thompson. “Hell of a Woman”, “Swell-Looking Babe” and “Savage Night” changed my way of looking at how crime fiction could be written, and allowed me to see a different way to rework my story. This ended up becoming my first book, “Fast Lane,” which 12 years after writing it was sold to the Italian publisher, Meridiano Zero, and in 2004 published by Point Blank Press.

DP: What do you find so interesting about crime fiction?

Dave: I like the toughness of it. I also like the psychological aspects of it; all that guilt and desperation and darkness and raw emotion. Good fiction is where you’re constantly upping the ante as far as conflict goes, and crime fiction is a natural for that. That’s almost the definition for noir — characters who just keep making their situation worse until there’s no hope. This is really true with any fiction, but to me the best crime fiction is when it’s written at two or more levels. 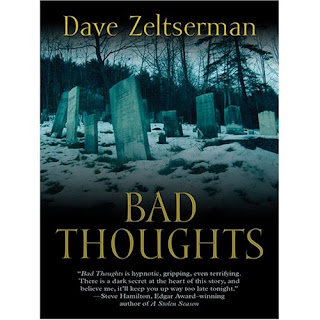 “Fast Lane” at one level is a psychotic noir novel, but thematically is also about the damage child abuse causes as it’s passed from generation to generation. My new novel, “Bad Thoughts” is also at one level a crime/horror thriller, and at another about surviving tremendous abuse.

DP: Can you tell us about your new novel "Bad Thoughts"? What's it about and how did the idea for it germinate?

Dave: When I was writing it I thought of it as a metaphysical thriller, but readers and reviewers are calling it instead a mix of horror and crime, and I can see their point. The book focuses on police detective, Bill Shannon. When he was 13 he walked in on Herbert Winters murdering his mother. Now 20 years later, bodies start piling up and the victims are being killed in the same brutal manner as ’s mother. Winters, who is now dead, is visiting Shannon in his dreams to tell that he’s committing these murders during blackouts. Soon everyone in Shannon’s precinct is suspecting him, even his own partner, and is beginning to have doubts about his own sanity. The mystery is for to discover what’s going on.

This is the only book I didn’t have any real inspiration for. I was working with a literary agent at the time who gave me a one paragraph plot for a book to write, that was kind of a “Silence of the Lambs” knockoff. I didn’t want to do that, instead I reworked it into something I was happy with. I was reading some books on metaphysics while I was working on this, and some of the ideas from that were used heavily in the book. 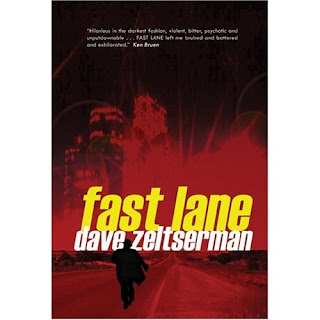 DP: What's the most difficult part about being an emerging novelist today?

Dave: Getting picked up by a major publisher is very hard. The industry has changed from a publishing house nurturing authors and working with them as they develop their skill over several novels to looking at everything as a commercial package. Editors today also have much less say in what they buy — I’ve talked with several editors at some of the large houses who like my works, but what they tell me is they can only buy formula. Books have to be overtly commercial, and these editors have a hard time buying anything that’s different.

I consider myself very fortunate to have my next three books published by one of the top publishers for crime fiction, Serpent’s Tail. They’re an independent, but unlike most of the small houses, they have a lot of marketing muscle behind them. Their books end up in bookstores and they get treated seriously by reviewers. They’re old-fashioned in that they care only about the quality of the books they publish instead of the perceived “commercial” value of them.

My advice to beginning crime novelists, if you want to get published by a large house, write something that’s formula. If it’s too dark or different, forget it, the chances are you’re going to have to be published by a small house, which means few reviews and few bookstores other than a handful of independents stocking your book.

DP: What three crime novelists do you read on a regular basis and why? 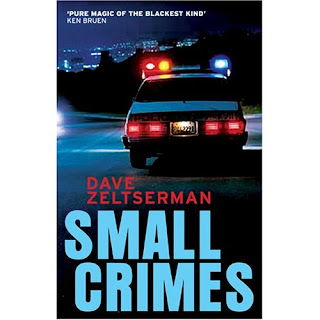 Dave: In the past I’ve devoured everything that Dashiell Hammett, Jim Thompson, Rex Stout, James M. Cain, and Jonathan Latimer have written, and they’re the crime writers I most admire.

I run a crime fiction web-site, Hardluck Stories, so these days I’m mostly reading what publishers are sending me. Outside of that, I’ve worked my way through half of Charles Willeford’s books, and will be working my way through the other half — he was a brilliant writer, dark, sardonic, with very interesting sensibilities.

I’ll also probably be reading more Gil Brewer after recently reading “The Vengeful Virgin.” Probably the three best crime novels I’ve read recently are “Reasonable Doubts” by Gianrico Carofiglio, “Robbie’s Wife” by Russell Hill and “Cross” by Ken Bruen — where all three are very skillfully written and focus more on the tone and emotion than what you usually see.

Also, while not necessarily a crime novelist since he has only written two books, one crime, one horror, I think Scott Smith is an amazingly talented writer, and the writing in “The Ruins” – while very painful as far as the subject matter – was a real tour de force.

criminology careers said...
Interesting interview; thanks. I'd like to get more into crime fiction and hearing authors explain their craft is a great way to spark interest!
October 22, 2011 2:01 AM
Post a Comment
<< Home
Advertisements
DaRK Buttons