Thursday, November 01, 2007
Dawn's Highway: The 10 Best Songs by The Doors
Celebrating the 40th Year Since The Doors Released Their First Self-Titled Album

The sun blossomed like an orange flower in the desert dawn. A sedan, coated in a layer of thick dust, motored down a strip of highway in . The sedan was forced to brake as it came up fast on an accident. Two vehicles had collided, leaving behind twisted metal, the smell of burnt rubber and gasoline, and the bodies.

A family of Native Americans lay dead or dying on the highway. Blood soaked the tar. Victims screamed. The sedan navigated through the wreckage and a young boy – four years of age – gawked at the horror before him. His mother tried to shield his eyes, but he pulled away.

The boy was Jim Morrison. The bloody scene in the scorching heat of the desert forever changed him. So much so that the lines:

appear in three Doors songs and in Morrison’s poetry. Morrison believed the fatal wreck was the most formative moment in his life. His first real memory -- etched forever in his psyc Jim Morrison died in 1971 – at the age of 27. In that time, he was the lead singer and lyrist for six Doors albums, two volumes of poetry, and several experimental films and music videos. He also had affairs with Grace Slick of Jefferson Airplane, Nico of the Velvet Underground, rock singer Janis Joplin, and science fiction novelist Patricia Kennealy.

Morrison died in – allegedly from a heroin overdose.

The reason is the music. The Doors have the rare quality of transcending their era (in much the same way as Led Zeppelin and the Rolling Stones). Each new generation seems to discover the Doors and make the band their own.

DaRK PaRTY has been huge a fan of the Doors since a hot summer afternoon in 1983 when we first heard Morrison’s whispered musings on “Soft Parade.” It was a moment that is forever etched in our musical memory. In honor of the 40th anniversary of Morrison and the Doors first, self-titled album, here are our picks for the band’s 10 best songs.

A rollicking, guitar scorched pop song from “Morrison Hotel.” “Peace Frog” sounds like it could have been written in the alternative 1980s and lives in the same place as some of the more hard rocking numbers by R.E.M. (“Driver 8” for example). “Peace Frog” doesn’t sound like the Doors because it lacks the mystical feel of many of their best stuff, but the song captures the band’s ability to let loose and swing (see a cool remix of the song in the video above). 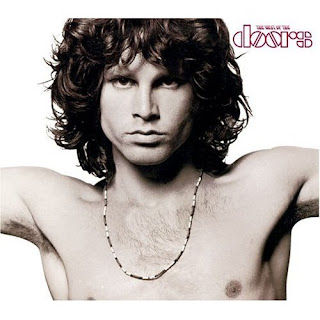 One of the Doors’ biggest hits, “Love Her Madly” hit number 11 on the Billboard charts. The song is featured on the “L.A. Woman” album, the last “official” LP before Morrison’s death. People often think the song is about Morrison’s troubled love affair with Pamela Courson, but it is actually about guitarist Robby Krieger and his girlfriend.

This is probably the best known cover of a Willie Dixon song (originally performed by Howlin’ Wolf). The Doors rock it up while slowing down the tempo and giving it a dirty feel that would have made Willie blush. In Willie’s day and age a back door man was a man having an affair with a married soldier’s wife while the soldier was at war. The Doors gave it an… ahem… different spin.

“The End” is an experimental poem set to a dreamy, haunted soundtrack. No one is quite sure what the song is about and there are many interpretations including that it’s about a drug trip gone bad and an anti-Vietnam protest song. “The End” took shape through months of performances at Whisky a Go Go, a Los Angeles rock club, and became controversial when Morrison shouted the Oedipus-like lyric: “Father/ Yes son?/ I want to kill you/ Mother, I want to fuck you.”

“Roadhouse Blues” was recorded for “Morrison Hotel” and Morrison was drunk for most of the recording sessions. Regardless, the song is a funked up rocker and one of the band’s most popular (covered by the likes of Blue Oyster Cult, Status Quo, Ministry and Stone Temple Pilots). In the song, Morrison shouts “Do it, Lonnie, do it!” He is referring to Lonnie Mack, who joined the band to play bass (under the pseudonym G. Puglese). 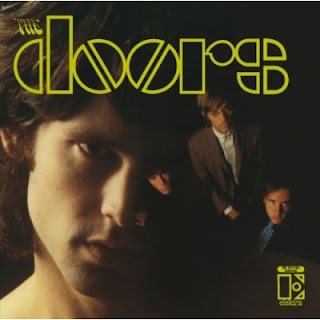 When the Music’s Over

Another musical opus in the same vein as “The End.” This song appears on the band’s second album “Strange Days.” It may be one of the strangest songs the band ever recorded. It starts out with a jamming piano and bass line and then a long guitar solo. But then the song slows down into a quiet, mystical poem. It contains some of Morrison’s best lines: “Cancel my subscription to the Resurrection,” “`Alive,’ she cried,” “I want to hear the scream of the butterfly” and “We want the world and we want it now!”

An underrated and under-appreciated song from the band’s first album. It’s probably about a barfly that just doesn’t want to go home. “Soul Kitchen” has that Doors jive to it. It also contains the gem of a line: “Speak in secret alphabets.”

The Doors biggest hit, “Light My Fire” hit number one on the Billboard chart in 1967. It is the consummate psychedelic rocker. “Rolling Stone” magazine lists the song at #35 in its 500 Greatest Songs of All Time list. The band performed “Light My Fire” on the Ed Sullivan Show and didn’t change an offensive lyric so angering Sullivan that he refused to shake Morrison’s hand after the performance. 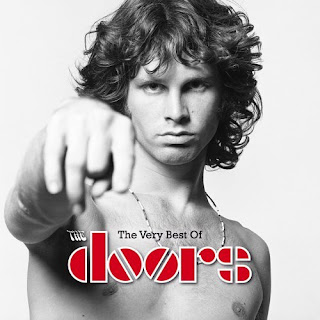 Another sweet little number off the Doors first album. The title is a reference to a foxy lady. Nobody sings about women as “dirty” as Mr. Mojo Risin’.

This is an up tempo rocker that Morrison sang in the studio bathroom, in order to create a fuller sound to the song. It is the song where Morrison introduces his alter ego “Mr. Mojo Risin’” – an anagram for Jim Morrison. The song is like a car ride across – where the narrator sees strip clubs and cops and other sights.

Get the DaRK PaRTY iTunes Mix of This List Here

Read our picks for the 12 Coolest Women in Rock Here