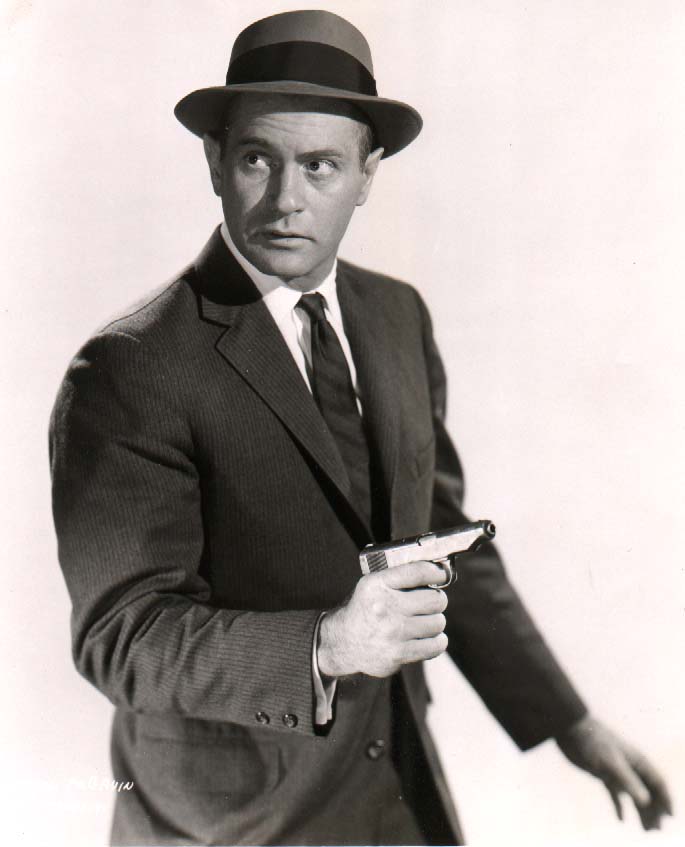 “I don't mind if you don't like my manners. I don't like 'em myself. They're pretty bad. I grieve over them long winter evenings.”
- Philip Marlowe, The Big Sleep

After working out with the heavy bag and killing our own meat for dinner, DaRK PaRTY enjoys reclining on a bed of nails to read murder mysteries featuring hard-boiled detectives. You know the type – grizzled, hard-luck private eyes with a fondness for bourbon, loose dames, and powerful firearms. Gumshoes who don’t mind breaking laws or busting heads to solve the big case for their clients.

There are plenty of contemporary tough-guys in fiction today, but we narrowed down the list to seven of the toughest. These are the detectives that follow in the footsteps of Sam Spade, Philip Marlowe, Lew Archer and Mike Hammer. Our favorites, in no particular order, are:

LA private detective Elvis Cole squeaked onto the list, suffering because he’s not as tough as his sidekick, Joe Pike (who is arguably one of the toughest, most ruthless characters in detective fiction). But Cole is hard-boiled in his own right – a master of martial arts, quite proficient with his Dan Wesson .38, and willing to put his fist in the face of anyone who stands in his way. Thankfully, Crais has toned down Cole’s Peter Pan persona from the earlier novels. That was when Cole’s used a Mickey Mouse phone and often quoted Jiminy Cricket. He still wears Hawaiian shirts and drives a bright yellow Corvette, but Cole’s come a long way in last several years.

Cole is not as funny as he thinks he is, but he’s a dogged investigator with a strict moral code and a dedication to his clients. Cole prefers to work within the framework of the law, but is willing to step outside the boundaries if he feels it’s necessary. He has no problem meting out justice with a firearm or with a swift kick to the head – although he’s not as brutal or as brooding as his best friend and partner, Pike.

The novels are definitely worth a read, especially the outstanding LA Requiem – which took the series to a new level. The earlier novels are spotty and Crais can be a lazy, unimaginative writer at times (although he excels at pacing and plotting).

In recent years, Parker has revived the Spencer franchise and the last few novels, if not as powerful as the earlier books, at least echoes them (with the notable exception of Potshot, which was a terrible book in every way, shape, and form). Spenser defined hard-boiled in the 70s and 80s. He's a classic wise-guy PI; forced out of the Massachusetts State Police because his problems with authority. He’s an ex-boxer and knows how to punch-out a bad-guy. He’s got his own moral compass – and if he feels justice is being meted out - he’ll put a bullet in your head.

The most annoying aspect of the Boston gumshoe is his relationship with Susan Silverstein, his moody, intellectual girlfriend. As a general rule, the less of Susan in a Spenser book means a better book. The pithy exchanges between Spenser and Susan on the his moral code, food, and sex can grate on the nerves, but the worst part is that Susan has made Spenser less “tough.”

It’s hard not to recommend the Spenser series, however, because of its influence on the genre. Parker’s writing is stark and minimal, but packs a wallop. There’s probably no better writer in detective fiction. Where Parker lacks is in plotting. Most of the recent Spenser novesl are simply Spenser annoying people until they try and kill him. Intricate mysteries they’re not. But if you’re looking for tough-guy antics and one of the best sidekicks in the business – then Spenser is your man.

Harry Stoner lives in an unlikely tough guy city – Cincinnati (do they even have crime there?). He also drives around in a rusting Chevy Pinto. But don’t hold this against him. While Stoner is more brooding and less confident than the other tough guys on the list, he’s a big, hulking private eye with a temper and an intense sense of justice that makes him extremely dangerous.

Valin writes dark and the Stoner novels don’t shy away from graphic violence and the horrors of crime and violence. Most of the earlier Stoner books are out of print and Valin has been inconsistent with delivering new books in the series (the last one was 1995’s Missing). But you would be remiss not to dive into one of the most underrated tough guy detectives in fiction.

Dave Robicheaux is the most complex tough guy on the list. He’s a family man who runs a parttime bait shop on the bayou in New Iberia, Louisiana. He’s capable of real love and tenderness with his wife and daughter. But he’s also a failed New Orleans detective with a violent temper and a sense of righteousness that a barrels into arrogance. Robicheaux is not to be messed with.

He works as a sheriff for the New Iberia police force (and in later books as a private eye). Robicheaux follows his own rules – all the time – and has little patience for those who stand in his way. He’s got a jones against corruption and often takes on mobsters head on.

Burke may be the best writer on the list – his descriptions of Louisiana are drenched with imagery. You can smell the rotting vegetation of the bayou, feel the mist rising off the river, and hear the electric static of the insects. He is a masterful writer, but he sometimes lapses into cliché and formula from book to book. Don’t let this deter you, however, or you’ll miss one of the best detective series in fiction.

Burke makes the tough guy list without being all that physically intimating. In fact, he often admits that he smokes too much and gets easily winded with intense physical activity. But what Burke lacks in physical toughness, he more than makes up for in mental and emotional toughness. Burke is an outcast who lives on the fringes of society – getting by on scams and petty crime. He lives completely off the grid – no paper trail – and tries to be as invisible as possible. However, he’s a dogged investigator and often surfaces to take on cases that have to do with child sexual abuse.

The Burke novels are hard-core and can stay with readers long after finishing. Vachss’ stark, brutal writing style perfectly captures his main character. Burke has a zero tolerance policy for sexual predators and his own flawed moral code allows him to inflict as much damage as possible on these criminals (including cold-blooded murder).

Vachss isn’t for everyone – there’s nary a light moment in any of the novels. As a writer, Burke can be preachy, but only on occasion. Burke also has one of the more interesting sidekicks: Max the Silent. A deaf, Mongolian ninja who can seemingly disappears into the vapor after an attack.

Travis McGee calls himself a salvage consultant. If you lose something, he’ll get it back for you for half of the value. But no matter what he calls himself, McGee is a gumshoe, plain and simple. McGee only works when he needs the cash, taking his retirement in installments aboard his Florida houseboat, The Busted Flush.

McGee is a romantic and a sucker for damsels in distress (McGee likes the ladies). He's also a big, muscular man with an attraction (and repulsion) to violence. McGee lives life by a strict moral code that often comes in conflict with mainstream society. He lives on the edge of society and likes it that way. He is no slouch either – quick and deadly when necessary.

MacDonald created one of the most popular fictional detectives in McGee – the fantasy male that every other male wished he could be. The books are beautifully written and plotted – with MacDonald able to throw stones at modern society through the point of view of McGee. But the social commentary doesn’t get in the way of damn fine mysteries.

Parker isn’t a cop or a private eye – he’s a criminal. But he makes the list because he’s is without a doubt one of the toughest tough guys in literature. In fact, he’s a sociopath and a murderer. Most of the novels are capers – usually elaborate robberies that go wrong at some point. Parker sticks to the rules when he joins up with a gang to pull a job, but he doesn’t hesitate to take out a partner if they try to screw him. Crossing Parker usually means a quick trip into a shallow grave. He’s prone to snapping people’s necks or throwing them through windows.

The Parker novels were good pulp fun in the 60s and 70s, but Westlake recently reintroduced the character in some new novels. Westlake hasn’t missed a beat and the new books are just as hard-boiled as the earlier ones. These books are more enjoyable than they should be and Westlake is an excellent writer. The pacing is so dead on that when a reader reaches the end of the book – it’s a surprise.

reacher said...
piss poor writing it's a Ford Pinto
and Dave's partner is Clete
DID YOU EVEN READ ANY OF THESE?
February 02, 2014 12:16 AM
Post a Comment
<< Home
Advertisements
DaRK Buttons