Next week is Valentine’s Day and if you’re male and have a semi-functioning brain – then you’d better be shopping for chocolates or flowers.

But on second thought why waste your hard-earned cash on something fattening or something already dying?

Here’s the perfect Valentine’s Day gift – a bottle of red wine and a romantic movie. Break out your coziest quilt, fluff the pillows on the couch, light a few candles, and ready two wine glasses.

DaRK PaRTY recommends a bottle of French or red wine accompanied by one of our list of 12 movies guaranteed to put a warm glow on your wife, girlfriend, boyfriend or significant other. The rest of the evening, of course, will be up to you…

The movie contains, of course, the classic Meg Ryan orgasm scene – where she demonstrates her vocal mastery to Billy Crystal in the middle of a crowded diner. “When Harry Met Sally” put the “cool” back into the chick flick and the hip, irreverent characters are the grandparents to “Seinfeld.” It’s a Woody Allen movie without Woody Allen. Another Meg Ryan vehicle for when she was ’s favorite sweetheart. This time she plays Rita Boyle, a pessimistic young dreamer about to marry Alec Baldwin. She’s in a minor panic at her wedding and mysteriously switches bodies with an old man. The rest of the movie is spent trying to fix the switch. The scenes of Alec coming to terms with being married to an old man are hilarious. A surprisingly engaging and tender film.

This was the movie that made Julia Roberts. She plays a stereotype: the prostitute with a heart of gold. But despite the silly premise of a nice wealthy businessman falling in love with a street walker, the movie works because of the performances of Roberts and the always reliable Richard Gere. Bring some tissues for your girlfriend.

Hugh Grant plays the owner of a book store and Julia Roberts plays an international superstar actress. They fal l in love despite all the obstacles (and Grant’s slightly deranged roommate). This was another vehicle for Roberts and it works well because of the chemistry between her and Grant.

Renee Zellwegger notoriously plumped up for her role as the spunky, delightfully single Bridget. She is forced to choose between bad boy (played winningly by Hugh Grant) and good guy (the underrated Colin Firth). The writing sparkles and the performances are dead-on. You’ll be cheering for Bridget by the time the credits roll.

There have been many adaptations of Jane Austen’s most famous novel, but none of them has the energy of this one starring Keira Knightley as Elizabeth Bennett. The slow-build up of the romantic tension between Knightley and Matthew Macfadyen as Mr. Darcy is handled magically. Don’t miss this one. This is an underrated romantic comedy starring Kate Hudson and Matthew McConaughey. The premise is that Kate and Matthew meet at a bar and under two different bets – Kate needs to get Matthew to dump her within 10 day and he needs her to fall in love with her in the same amount of time. Got all that? Despite the strained creditability of the plot – the movie is a delightful escape.

You have to enter the “way back” machine for this film. This is the Richard Gere before gray hair and when Debra Winger was “a difficult actress.” The rumors were that Gere and Winger hated each other on set. You’d never be able to tell on-screen, however, because the chemistry between the tw

o is red hot. The plot has to do with Gere training to be a Navy pilot and falling for white-trash Winger. A romantic classic.

This is the follow up to 1995’s “Before Sunrise.” The second movie is more mature and the characters more fully realized. The first movie was about love at first sight and two young people spending a whirlwind 24 hours together. Now it is nine years later and the characters have a history. The movie feels real – but it has romance at its center. Great acting by Julie Delpy and Ethan Hawke (who, unfortunately, looks odder and odder as he ages).

Another oldie, but goodie. plays a middle-aged Italian widow who falls head-over- 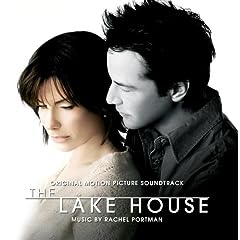 heels in love with the younger brother of the man she is supposed to marry. Lots of fun and Nicholas Cage (who the studio tried to fire from the role) plays the character that lifted his career to super stardom.

Wow. Keanu Reeves actually acts in this movie. He plays a disillusioned architect with a father complex. He moves into a glass lake house and falls in love with the former tenant – who happens to be living two years in the future. Sandra Bullock plays the love interest – a lonely doctor. This is a throw-back movie that feels like it could have been made in the late 1940s. You can’t help, but get sucked into the story.