(Ty Burr has been one of the film critics for the “Boston Globe” since 2002. Before that he worked for Entertainment Weekly for 11 years, covering movies, music and the Internet. As he likes to say: “When an old actor died, I was the guy who had to write the obit.” Ty got his real taste for movies when he worked for Cinemax right out of college. Among his duties – programming late-night T&A movies. “I've had guys in their 30s get down on their knees and thank me for making their adolescence bearable.” Ty is also the author of "The Best Old Movies for Families." DaRK PaRTY talked to him about the art of movies reviews and the state of today’s f

DaRK PaRTY: I've noticed a more aggressive tone to movie reviews in the media in last few years. Reviewers, you included, often seem to get personal about the actors and directors you're reviewing. Why is this? Ty: I think popular film criticism (as opposed to academic film writing) has been moving in the direction of more colloquialism for quite a while now. Three key developments: Pauline Kael (whose reviews in “The New Yorker” were punchy and confrontational and hugely influential on the current generation of working critics), the rise of rock criticism from the underground press (written in a more direct voice, it also influenced other critical fields), and the internet (let a million movie reviewers bloom). I see a more aggressive tone in much of the criticism online, for a variety of reasons (youthful bravado, the genres under discussion, the lures of anonymity, general decline of civilized discourse, misdirected anger) and I do think it has carried over to the "mainstream press" -- but only a little. The general run of newspaper and magazine reviewers try to balance wit and depth in their critical voice.

Does that mean we may occasionally say mean things about Angelina Jolie? Yes, but public figures are public figures, and you can't review a movie in a pop-culture vacuum. And critics have always used "getting personal" as a rhetorical device, sometimes for cheap effect, sometimes not. It can backfire: Back in the 1930s, when the novelist Graham Greene was reviewing movies for a British publication, he basically said that if you were a grown male fan of Shirley Temple, you were a pedophile. 's studio, 20th Century Fox, sued, won, and drove the publication out of business.

DP: As a movie lover, you must have favorite actors and directors and then those you dislike. How do you prepare yourself to review a new movie and base it only on its merits? Or is that even possib 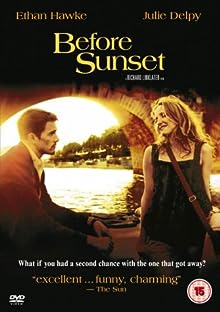 Ty: It's not possible, but you have to pretend it is. When I go into a film, I often try to go in "cold," sometimes not reading anything about it or even finding out who's in it. That way, I can gauge the movie against the best movie it's trying to be, which is all one can really hope for. Makes no sense to fault a slasher movie for not being a Jim Jarmusch film, and vice versa. On the other hand, knowing I'm going not a Jarmusch film (or a slasher flick) helps me calibrate my critical settings to the best advantage of a movie.

It's a balance. What I don't do is read up on all the available material before going to the screening, because that's not what an average audience member would do. If there's research to be done and background context to be dug up, I'll do it after the screening and before the writing.

DP: The movie "300" was shot almost entirely in a warehouse -- all the backgrounds and most of the props added by computer later. In an increasing number of films, such as the “Lord of the Rings” trilogy, the characters are created entirely by computers. Are we rapidly reaching a point where actual settings and actors are unnecessary?

Ty: We're reached -- have already reached -- a point where the movies have split into two. There are the circuses, with their CGI sets and digital critters, and, yeah, settings and actors and storyline become deeply secondary to sheer visual impact. On the other hand, you have more and more realistic dramas or comedies, an outgrowth of Sundance, certainly, but also fed from below by developments in TV (reality programming) and on the internet (YouTube).

So "300" is a harbinger of the future, but so are "Little Miss Sunshine" and "Borat." As the cost of making blockbusters grows more and more outlandish, the cost of just getting out there and making a movie is getting lower. (The distribution/exhibition end of things is still bottlenecked. But not for long.)

My only worry is audiences who think "300" and "LOTR" are the only thing that movies can be, because they've grown up on a zillion crappy CGI family movies.

DP: What are the three worst films that you've ever reviewed and why

Ty: I hate these questions. Mind goes completely blank. If you ever want to reduce a critic to a drooling moron (not that he isn't halfway there already) ask him what his favorite movie is.

Still: Three worst? Okay. 1. "The Cat in the Hat," with Mike Myers: unbelievably crass culture-rape of the single most subversive kids-book author. 2. "Baby Geniuses": The late Bob Clark digitally animates infants' lips so it looks like they're speaking; you could electrify a dead frog for more entertainment. 3. "Christmas with the Kranks," a movie that despises the commercialization of the holidays before completely caving into it. (Docked extra points for Tim Allen.)

DP: What are the three best films that you've ever reviewed and why?

Ty: Random three from my rotating list of 25-30 favorite movies: "Before Sunset" (Talk + regret x = Bliss); "49 Up" (the only time-lapse study of the human species and thus a unique artifact); “Borat” (How to improvise a cultural critique and still be funny, and no, it's not supposed to be fair or evenhanded).

Ask me tomorrow and get three entirely different movies!

Bijoy said...
Nice post, its a really cool blog that you have here, keep up the good work, will be back.

GFS3 said...
Thanks, Biby. I appreciate the positive feedback and look forward to seeing you around the site.
April 28, 2007 4:46 PM
Post a Comment
<< Home
Advertisements
DaRK Buttons