The weedy stink of cut grass wafting over the old ball yard...

The spongy taste of an over-boiled hotdog smeared with onions and mustard...

The bark of the beer guy and the stinky touch of his fingers as he hands you a cold plastic cup spilling foam...

Baseball is back. And with it comes the steroids, enormous egos, wallet-busting salaries, and the heart-ache of rooting for the Kansas City Royals. But there's nothing more enjoyable than sun-drenched visits to the park to watch major league pitching and homeruns over the scoreboard.

So to get prepared for the long season -- DaRK PaRTY has prepared our five favorite baseball movies of all time. These are the films to watch on travel days or when the clouds roll in and rain on your favorite team.

“You know what we get to do today, Brooks? We get to play baseball.”

Most sports movies (and baseball movies in particular) are sappy. They grapple too hard for sentiment and those tear-welling poignant moments. “The Rookie” has all of that, yet miraculously avoids the “Sap Trap.” In one of his best roles, Dennis Quaid plays real-life pitcher Jim Morris. Morris, a promising young pitcher, was felled by injuries. Many years later, while coaching his 8-year-old boy’s Little League team, his fastball suddenly has some gas on it. You can guess the rest. This is old-fashioned fun – so don’t let the “G” rating scare you away.

“People don't start playing ball at your age, they retire!”

“The Natural” is the Gandhi of baseball movies. It gets into all of that smoky, slow motion mystical crap. At times, you half-expect the hand of God to descend from the clouds and push Robert Redford’s baseballs into the stands. If you can get over the fact that Glenn Close is constantly backlit with a creamy, golden glow, you’re in for a good baseball movie. plays Roy Hobbs a natural baseball player who never got his big break. Now middle-aged, proceeds to have a rookie year that’s one for the ages.

“Remember, fans, Tuesday is Die Hard Night. Free admission for anyone who was actually alive the last time the Indians won the pennant.”

“Major League” is a blast – it’s also a mess, but so much damn fun that’s its hard not to enjoy. What we have here is “The Bad News Bears” for raunchy, adolescents posing as adults. We meet a lovable team of misfits and losers who have the misfortune of playing for the never-gonna-do-it Cleveland Indians (this was before the baseball Renaissance in ’s largest city). Yet somehow they end up winning it all. Great comedic performances from a young Charlie Sheen and a delightful Bob Uecker.

Admittedly, “Eight Men Out” is for baseball lovers only. You need to have an understanding of the Black Sox Scandal of 1919 to really appreciate the nuances of the film. The story is about how the ballplayers of the White Sox threw the World Series for a big pay day. The best performance is by John Cusack who plays Buck Weaver – the lone innocent on a team of corrupt players in cahoots with organized crime. This movie is drama with a capital D – but well worth it. 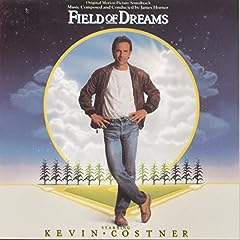 Yeah, yeah, it’s kind of a cop out to pick “Field of Dreams” for this list, but what can I say? It’s a damn good baseball movie and the scenes between estranged father and his adult son always bring a tear to my eye. One wonders how this movie ever got made. A farmer hears voices and then builds a baseball diamond in his cornfield so that Shoeless Joe Jackson will come to play on it? This film is a love affair for baseball. It pushes all the right buttons and Kevin Costner's performance is one of his best. You can’t claim to be a fan of baseball movies if you haven’t seen this one.