“Saturday Night Live” is a comedy factory – churning out some of the funniest actors in since the show aired for the first time on October 11, 1975. Choosing the top seven is a difficult endeavor – and no list will please everyone (especially when it becomes apparent that neither nor Dan Aykroyd made the cut).

While DaRK PaRTY was doing the painstaking research to select the cream of the crop – a trend emerged. SNL is a man’s game. There have been few women comedians who have successfully used SNL as a springboard for greater success. It would be difficult to get a woman on a top 15 list, never mind the top seven. The closest candidates would be Gilda Radner, Molly Shannon and Tina Fey.

For the purposes of this list, DaRK PaRTY had two criteria: Best Known Characters: The nerd Todd DiLamuca, who wore his pants up around his chest and gave nuggies, and Nick the Lounge Singer

Useless Trivia: replaced the much-hated and in 1978, during a show Chase was hosting, the two men got into a fistfight shortly before the show went live.

Quote #2: “Lee Harvey, you are a madman. When you stole that cow, and your friend tried to make it with the cow. I want to party with you, cowboy. If the two of us together, forget it. I'm gonna go out on a limb here. I'm gonna volunteer my leadership to this platoon. An army without leaders is like a foot without a big toe. And Sergeant Hulka is always gonna be here to be that big toe for us. I think that we owe a big round of applause to our newest, bestest buddy, and big toe... Sergeant Hulka.” – From “Stripes” (1981) Style: A racy ham known for his scathing insults and wink-wink relationship with his audience

Useless Trivia: When Murphy’s career sputtered in the late 1990s, SNL’s David Spade during his Hollywood Minute segment, flashed a photo of Murphy on the screen and shrilled: “Look children, a falling star. Make a wish!” Quote: “Dear little baby Jesus, who's sittin' in his crib watchin the Baby Einstein videos, learnin' 'bout shapes and colors. I would like to thank you for bringin' me and my moma together, and also that my kids no longer sound like retarded gang-bangers.” – From “ Nights” (2006) 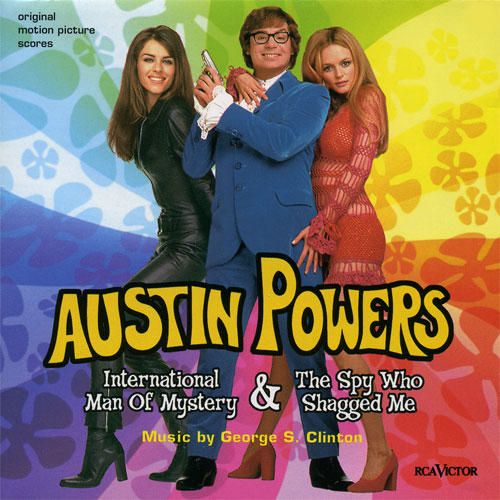 Style: Smarmy, know-it-all with a heart of gold

Useless Trivia: When Myers was nine years old he starred in a TV commercial with Gilda Radner

Quote: “Are those fricken' sharks with fricken' laser beams attached to their fricken' heads?” – From “Goldmember (2002) Useless Trivia: Comedy Central lists Carvey at the 90th best in their list of 100 Best Stand-ups of All Time.

Quote #2: “Uh, , you know, I don't think you should mention that Jim Morrison thing anymore. It's just that people have started to talk, you know. They're saying things like, "Hey, there goes Garth and his friend Wayne... the psychopath." – From “’s World 2” (1993) Quote #2: “I am good. You know what, you're a lousy kindergarten teacher. I've seen those finger-paintings you bring home and they SUCK.” – From “Happy Gilmore” (1996)

Useless Trivia: Belushi was the hero of SNL’s Chris Farley and once said he wanted to live his life like Belushi. Both comedians died of an overdose of heroin and cocaine at the age of 33