Thursday, January 24, 2008
Knock Your Socks Off Books -- Part 1
(DaRK PaRTY is a book junkie – a quiet, but ferocious jones for paper cuts and that damn smell when you open a brand-new book. We’ve got problems – we’ve come to terms with it. We wanted to know what other readers read, but mostly we wanted an answer to this question: “What book changed your perspective on life and why?” So we asked some of our favorite people and these are the answers they came back with. Read Part 2 here.) 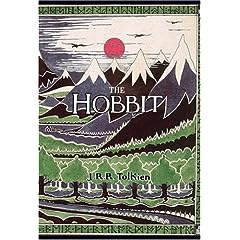 R.A. Salvatore, best-selling fantasy author, co-founder 38 Studios: If we're talking about the work of other authors, it would have to be “The Hobbit” (by J.R.R. Tolkien). I read it during a blizzard in 1978 and it was the first time since my childhood that I actually read a book for enjoyment. School had all but beaten the love of reading out of me by that point, but Tolkien gave it back. That book made me want to read again, and eventually led me to write.

For my own work, “Mortalis,” the fourth book of my DemonWars series, changed my perspective, or rather, I was writing it while I was going through a great change of perspective. My brother, my best friend in the world, was dying of cancer while I was at work on that book, which happens to be about grief. It was very cathartic, for sure, but the truth is, I haven't even had the guts to go back and read it, these eight years later.

The story gets even more compelling for me, more introspective. With that book, I finally got to work with my dead friend, Keith Parkinson. I consider him to be one of the greatest artists the fantasy genre has ever known. The work he did on “Mortalis” touched me deeply, because I saw within Brother Francis, my brother, and the woman, Jilseponie, standing behind him very much resembles both my sister-in-law and my wife. The painting hangs in my office at 38 Studios and I can't look at it without thinking of my brother, about what he went through, about our discussions, knowing what was coming. Also, we lost Keith to cancer, way too young (he was around the same age as my brother when my brother died).

I can't look at that painting without being reminded of making the most of every day, because you just never know what's coming. 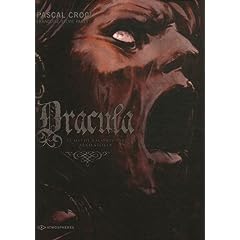 Elizabeth Miller, scholar and Dracula expert: I would have to say “Dracula” by Bram Stoker, published in 1897. It opened up for me an entirely new field of study and research. During the course of those activities, I have traveled widely, lectured at many universities and other venues, and met some fascinating people.

Nigel Patterson, president of the Elvis Information Network (EIN): “The Magic of Thinking Big” by David Schwartz. In my early 20’s I just couldn’t get enough of this book. I read it and re-read it several times. Its message of positive thinking and not limiting one’s self was just what I needed at the time and helped shape my thinking into something more balanced and forward focused.

Harry Bliss, cartoonist (Bliss): “Raise High the Roof Beams” by J.D. Salinger (more of a long short story). This story is simply perfect. The innocence and wonder of the main character really connected to me as did most of the characters in Salinger's work. It's funny and very dark and after reading this story, the world got a hell of a lot more complicated for me.

Steve Almond, author of “(Not that You Asked) Rants, Exploits, and Obsessions”: “Slaughterhouse Five” (by Kurt Vonnegut). Good God, there's not a more seditious book you could read in this age of pointless, feelingless violence. It was like someone blew up some love dynamite in my skull.

Jessica Fox-Wilson, poet and blogger (“9 to 5 Poet”): The book that has changed my perspective the most was “The Invisible Man” by Ralph Ellison. I was 16 when I read it, when my English teacher assigned it to me because I had already read the assigned "African American Literature" in our class at my last high school. This was the first book that really opened my eyes to the racial politics in the After reading it, I knew I would never be able to look at racism or living with difference in the same way again.

Jeff Belanger, author and founder of GhostVillage: “Boy” by Roald Dahl -- the autobiography of his childhood. Roald Dahl is my literary hero. “Boy” taught me that there is a good story around every corner, under every rock, and certainly within every chocolate bar -- sometimes you just have to stand on your head to see it. 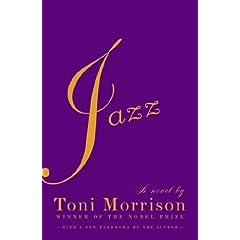 Dave H. Schleicher, blogger and author of “The Thief Maker”: I was required to read Toni Morrison's “Jazz” for an African American Literature course during my second year of college. It was the first bit of serious literary fiction that I took to task reading seriously. It opened my eyes to the fact that I didn't need to write just genre fiction. I could attempt something more artistic, more stylish, and more ambitious with my own writing. The book had a profoundly haunting effect on me because of the style in which it was written, and it opened my imagination to possibilities I hadn't previously considered.

Paul Sinclair, lead singer of Get the Led Out: It's an interesting question because until a few years ago I don't believe ANY book had ever changed my perspective on life.

This one truly fits the bill though, “The Power of Intention” by Dr. Wayne W. Dyer. I've always had an interest in self improvement and spirituality. I've also always been a real logic-driven person. My more science-minded approach to things has always prevented me from going too far down the religious path. In “The Power of Intention” Dr. Dyer sort of melds the two. With stories, humor and science (sometimes basic quantum physics, but don't be scared) he describes what I've come to believe are concrete laws in our universe. The way I view the world and go after achieving my goals has changed so dramatically for the positive I can't begin to explain. Some of the concepts in this book are fairly obvious, others not so. Maybe it's Dr. Dyer's humor? Maybe it's the balance of science and god? Or maybe it was just the right time in my life for me to hear it, but something clicked.

I'll just give one example of the kind of thing that really drew me in to this book. Dr. Dyer tells a story about a young woman driving on her way to work and approaches a toll booth. The toll taker says “Go on through, the man ahead of you paid your toll.” “There must be some mistake; I don't know that man," said the young woman very confused. The toll taker explained, “The man said to tell the next person that came through to have a nice day.” The woman was so moved by this random act of kindness that she decided she would do this same thing every day on her way to work, “after all it's only 25 ce

Dr. Dyer goes on to explain how acts of kindness raise endorphin levels in the body and in turn strengthen your immune system. Also, not only does this benefit the person receiving the act of kindness, but the person performing it and those observing it as well. You can see how far reaching this can be from one thoughtful, random act.

It's this kind of thinking where the age old “do unto others” mantra is proven to have real, quantifiable health benefits that had me wanting to delve even further. It's hard for me to write this without feeling like I'm coming off too new age. I'm a guy who's always looking for a witty, sarcastic punch line in every conversation. Life to me can seem at times like a series of SNL skits; particularly where religion and spirituality are concerned.

So, no, I haven't “found god.” No, I won't be taking flying lessons with no interest in learning to land... and no, I won't be found naked in a field preparing for the mother ship anytime soon. However, “The Power of Intention” is a good read and if you approach it with an open mind... who knows?

Knock Your Socks Off Books - Part 2

How to fix "Our" Reading Problem

Books as a Time Machine