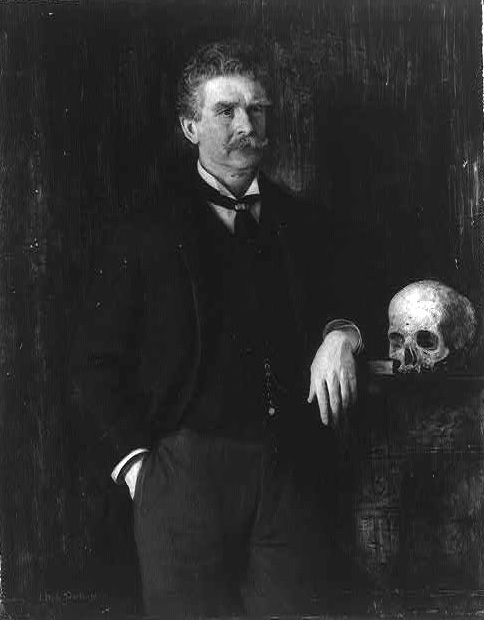 To capture the full essence of Ambrose Bierce, a reader must appreciate his acid wit. He was one of the most prominent social critics in post-Civil War America. One of Bierce’s most popular works is The Devil’s Dictionary, a collection of his newspaper columns that redefined common English words to lampoon the double-speak of U.S. politics and business. Working for the Hearst’s San Francisco Examiner, Bierce had a national podium to spew his sardonic opinions and stir-up national controversy -- which earned him the nickname Bitter Bierce.

DaRK PaRTY has collected some of his gems:

“A total abstainer is one who abstains from everything but abstention, and especially from inactivity in the affairs of others.”

“Abstainer: a weak person who yields to the temptation of denying himself a pleasure.”

“Admiration, n. Our polite recognition of another's resemblance to ourselves.”

“All are lunatics, but he who can analyze his delusions is called a philosopher.”

“An egotist is a person of low taste-more interested in himself than in me.”

“Bore, n. A person who talks when you wish him to listen.”

“Consult: To seek approval for a course of action already decided upon.”

“Corporation: An ingenious device for obtaining profit without individual responsibility.”

“It is evident that skepticism, while it makes no actual change in man, always makes him feel better.”

“Optimism: The doctrine that everything is beautiful, including what is ugly, everything good, especially the bad, and everything right that is wrong... It is hereditary, but fortunately not contagious.”

“Religion. A daughter of Hope and Fear, explaining to Ignorance the nature of the Unknowable.”

“What this country needs what every country needs occasionally is a good hard bloody war to revive the vice of patriotism on which its existence as a nation depends.”

“Quotation, n: The act of repeating erroneously the words of another.”