(There are few literary characters that transcend the page to become true cultural icons -- infusing themselves into the culture (music, movies, comic books, games, TV, etc.) like a Vulcan mind meld. These are the characters that have integrated themselves so deeply into our society that many people have never even read the books that made them famous in the first place -- but are intimately familiar with them anyway.

DaRK PaRTY presents a special three-part series "The Legends of Literature." For today's installment we give you the varsity squad. These are the heavy-hitter of literature -- the all-stars. Next week, we'll present the Junior Varsity Squad and the following week the titans of children's literature.)

Sherlock Holmes
Claim to fame: The world’s most brilliant private detective noted for using logic and the power of observation to solve the most difficult cases in London during the Victorian era.
Created by: Sir Arthur Conan Doyle
Born: 1887
First appearance: “A Study in Scarlet” (novel)
Appearance in a nutshell: Deerstalker cap and pipe
Supporting players: Dr. Watson (loyal sidekick), Mrs. Hudson (landlady), Mycroft Holmes (mysterious brother)
Enemy: James Moriarty (The Napoleon of Crime)
Quote: “When you have eliminated all which is impossible, then whatever remains, however improbable, must be the truth.”
Tidbit: The character of Sherlock Holmes has been the most filmed character in celluloid history with about 200 movie appearance so far.

Tarzan of the Apes Claim to fame: An English lord stranded on the African coast as an infant and raised by a family of apes.
Created by: Edgar Rice Burroughs
Born: 1912
First appearance: “Tarzan the Ape Man” (novel)
Appearance in a nutshell: Loin cloth and knife
Supporting players: Jane Porter (wife), Jack Greystroke (son), Kala (adopted ape mother)
Enemy: Kerchak (King of the Apes)
Quote: AAAARRROOOHHHH!!!
Tidbit: Sixteen actors from Ron Ely to Christopher Lambert have played the King of the Apes on television and on the movie screen.

Huckleberry Finn
Claim to fame: Orphan boy runs away with an escaped slave and together they sail a raft down the Mississippi River
Created by: Mark Twain
Born: 1876
First appearance: “The Adventures of Tom Sawyer” (novel)
Appearance in a nutshell: Straw hat and overalls
Supporting players: Jim (escaped slave), Tom Sawyer (best friend), Widow Douglas (step-mother), Pap Finn (father)
Enemy: The Duke and the Dauphin (grifters)
Quote: "We said there warn't no home like a raft, after all. Other places do seem so cramped up and smothery, but a raft don't. You feel mighty free and easy and comfortable on a raft."
Tidbit: “The Adventures of Huckleberry Finn” was the 5th most banned book during the 1990s 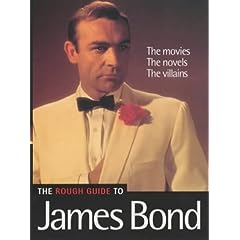 Dracula
Claim to fame: Count Dracula is a vampire who travels to England to wreak havoc on the British Isles.
Created by: Bram Stoker
Born: 1897
First appearance: “Dracula” (novel)
Appearance in a nutshell: Fangs and a black cape
Supporting players: Renfield (assistant), The Brides of Dracula (three female vampires)
Enemy: Professor Abraham Van Helsing
Quote: “Children of the night... What a mess they make.” (From the Mel Brooks movie “Dracula: Dead and Loving It”)
Tidbit: Dracula has been so infused into western culture that he’s even embraced by children’s literature and TV. The character Count von Count on “Sesame Street” and Count Chocula of breakfast cereal fame are both based on him.

Robin Hood
Claim to fame: A highwayman in medieval England who stole from the rich and gave to the poor
Created by: Folklore
Born: Sometime in the 1200s
First appearance: “Piers Plowman” (poem)
Appearance in a nutshell: Green tights, pointed cap and a bow and arrows
Supporting players: Little John (fellow bandit), Friar Tuck (fellow bandit), Maid Marian (love interest)
Enemy: The Sheriff of Nottingham
Quote: “But I will tell you of Will Scarlock/ Little John and Robin Hood/ Doun a doun a doun a doun/ They were outlaws, as ’tis well known/ And men of a noble blood/ And many a time was their valour shown/ In the forrest of merry Sheerwood.
Tidbit: The University of Nottingham will be offering students a chance to earn a masters degree on “Robin Hood” in 2007.

Claim to fame: A cruel, skinflint moneylender who his haunted by the ghosts of Christmas Past, Present and Future.
Created by: Charles Dickens
Born: 1843
First appearance: A Christmas Carol (novella)
Appearance in a nutshell: A crooked old man in a long under garment
Supporting players: Bob Cratchit (his employee), Tiny Tim (Bob’s crippled son), Jacob Marley (Scrooge’s ghostly business partner)
Enemy: Himself
Quote: “Bah, humbug!”
Tidbit: The role of Scrooge has been played by a diverse range of actors on stage and screen, including Bill Murray and Mr. Magoo.

Romeo & Juliet
Claim to fame: Two young lovers from rival families who accidentally kill themselves.
Created by: William Shakespeare
Born: 1623
First appearance: “The Most Excellent and Lamentable Tragedy of Romeo and Juliet” (play)
Appearance in a nutshell: Handsome young couple in tights
Supporting players: Tybalt (Juliet’s cousin), Benvolio (Romeo’s cousin), Lord Capulet (Juliet’s father), Montague (Romeo’s father)
Enemy: Their bickering families
Quote: “Romeo, Romeo, wherefore art thou Romeo?”
Tidbit: There have been 11 film adaptations of the play, but the best known movie about the play is probably “West Side Story” (a modern re-telling that features street gangs rather than royalty). Frankenstein’s Monster
Claim to fame: A creatures assembled from dead bodies and brought to life.
Created by: Mary Shelley
Born: 1818
First appearance: “Frankenstein; or, The Modern Prometheus” (novel)
Appearance in a nutshell: Hulking creatures with neck bolts
Supporting players: Dr. Victor Frankenstein (creator), Igor (the doctor’s assistant)
Enemy: The villagers
Quote: He only grunts
Tidbit: The monster is commonly called “Frankenstein,” but in fact, Shelley did not name the creature in the book.