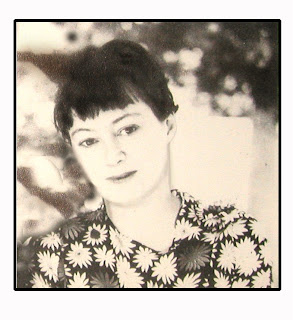 (DaRK PaRTY is ashamed to admit that we were late to the Dorothy Parker party. We snuck in late, hung out by the crab dip, and tried to pretend that it didn’t take the movie “Mrs. Parker and the Vicious Circle” (1994) to introduce us to this amazing writer. Kevin C. Fitzpatrick has a more distinguished relationship with Parker. In 1998, he founded the Dorothy Parker Society, which has been featured in the New York Times, New York Sun, USA Today, National Geographic Traveler, The (London) Observer, and now, of course, DaRK PaRTY. Fitzpatrick is the president of the society and hosts the annual "Parkerfest" in , which draws Dorothy Parker fans from around the world. Fitzpatrick is also the author of “A Journey into Dorothy Parker’s in conjunction with the Algonquin Hotel,Fitzpatrick leads walking tours of the former Round Table homes and haunts in . So who better than Fitzpatrick to lead to discussion about the life and times of Dorothy Parker?)

DaRK PaRTY: How would you describe the life and works of Dorothy Parker to someone who knows nothing about her?

Kevin: Dorothy Parker’s life was centered in two places: and . I n both cities she was there for time periods that were arguably the most exciting of the 20th Century: Roaring Twenties New York and the Golden Age of motion pictures. Parker started out at the bottom rung in magazines, and propelled herself into becoming one of the most popular writers of her era. She was not only friends with Scott Fitzgerald and Ernest Hemingway, Parker was their peer. Parker’s career began with her light verse and short fiction, but she really wrote every kind of piece there is: reviews, essays, speeches, plays, and screenplays.

Most know of Parker for her verse and her short stories. Everything she wrote you could fit in your backpack, so she is fairly easy to get a grip on: about 300 poems and around 30 short stories. She never wrote a novel, to her chagrin. Her verse is well-crafted from a technical point of view, but what Parker is known for is her turn of a phrase, such as “Frustration” which she wrote 80 years ago this summer:

If I had a shiny gun
I could have a world of fun
Speeding bullets through the brains
Of the folk who give me pains;

Or had I some poison gas
I could make the moments pass
Bumping off a number of
People whom I do not love.

But I have no lethal weapon --
Thus does Fate our pleasure step on!
So they still are quick and well
Who should be, by rights, in hell.

Her short fiction is extremely easy for newcomers to get into. Parker wrote primarily about everyday people, the kind of characters you’d meet casually or know from school. All her work is centered in the world we know; Parker never wrote about 17th Century French chateau love triangles. Her stories are set in speakeasies, taxicabs, diners, and sidewalk cafes.

DP: Parker was known for her sharp, caustic wit. Can you give us some examples of your favorite Parker barbs?

Kevin: At one time Dorothy Parker was the most-quoted woman in . The problem was, half of what was attributed to her, she never really said. But since she was a member of the Algonquin Round Table, her quips and bon mots always made the newspape

She was Broadway’s first female drama critic, and a lot of her immortal reviews and comments are centered on the theatre. Of the play The House Beautiful she wrote, “The House Beautiful is the play lousy.” She also reviewed books for The New Yorker. Reviewing a science book, she wrote, “It was written without fear and without research.” Of Lucius Beebe’s Shoot If You Must, Parker said, “This must be a gift book. That is to say, a book which you wouldn’t take on any other terms.”

There are so many good ones; it is hard to narrow it down. But I do like the story of Parker out on a date with a snobby younger man. He put down the antics of one of the other party guests, saying, “I’m afraid I can’t join in the merriment, I can’t bear fools.” To which Parker replied, “But your mother could.”

DP: Next month is the 40th anniversary of Parker's death and your organization is holding "A Journey into Dorothy Parker's " on June 4. What exactly was Parker's ?

Kevin: That is what makes Dorothy Parker timeless. Her still exists: cocktail lounges, hotel lobbies, jazz clubs, magazine offices, crowded subway cars, long taxicab rides at night. Almost all the places she lived 40, 60, 80 years ago are still standing. You don’t have to go too far in to find the milieu that she lived in. However, since the mayor’s smoking ban, the cigarette smoke has been removed from the picture.

If you read one of her Broadway play reviews, the theater she sat in is probably still in business. Or a short story that is set in Grand Central Terminal or on . Readers can go to these places, 80 years after the story was written, and the scene is relatively the same.

DP: Parker attempted suicide on three occasions, yet lived to the age of 74. What demons do you think she was battling? Kevin: All those attempts ended when she met her second husband, Alan Campbell, when she was 38. She was very unhappy in her thirties. Today, someone suffering such as she did would seek professional help or be prescribed drugs to combat depression. Instead she self-medicated with alcohol. I think she had a very unhappy childhood, which stretched to young adulthood. Her mother died when she was a child; I believe she was genuinely lonely. I know a lot of creative people that for whatever reason, they may be the life the party and have lots of friends and acquaintances, but suffer from depression.

DP: Is Parker still an important literary figure in 2007? If so, why?

Kevin: The fact is Dorothy Parker has never gone out of print. Work that she created before World War I is still on bookshelves. There are not that many American writers, male or female, who are in that company; certainly not a writer such as Parker, who had a limited output.

I’ve often said that the reason Dorothy Parker is still read today, and remains popular while others of her era have been forgotten, is because she wrote about the human condition. Getting your heart smashed into a million pieces feels the same in 2007 as it did in 1927. Parker wrote about bad boyfriends and lousy bosses, topics readers could identify with today. She chose as subject matter wives, dogs, gin, and getting old. Her work carries into the 21st Century so easily; new readers just scoop Parker up. One of the most telling moments, for me, of how Parker attracts new fans was when I attended an adaptation of her work a couple years ago. The young actors didn’t change any of her words, and they performed her pieces in regular street clothes, not dressed as flappers and gangsters. I vividly remember watching a girl perform Parker’s short story “A Telephone Call" -- using a cell phone. It showed me that Dorothy Parker is going to be with us for a long, long time.

Read our 5 Questions About: Charles Dickens

Read our 5 Questions About interview with Novelist Laurie Foos

As I'm sure you know, she didn't die in LA but she lived for many years on Norma Place, in West Hollywood.

GFS3 said...
Hi K:
I'm glad you did answer your own question, because I couldn't have. You might want to try contacting the Dorothy Parker Society. I'm sure they can help.
May 24, 2007 10:17 PM
Post a Comment
<< Home
Advertisements
DaRK Buttons