New DaRK
Literary Criticism: Frank Stockton's "The Lady, or...
Essay: The Trouble With Mormonism
Poem: Quiet Contemplations in my Hometown Church o...
The 5 Most Addictive Arcade Games
The One That Got Away: Part One
5 Questions About: Movie Reviews
Gerry Ludwig Has a Mental Breakdown in the Express...
Reading Moby-Dick: Part Five
5 Questions About: 007
How to be an Office Drone (DaRK PaRTY has experienced a slow-growing jones about Elvis Presley ever since we interviewed Laurie Foos about her novel “Before Elvis There was Nothing.” So it was only a matter of time before we reached out to Nigel Patterson, president of the Elvis Information Network (EIN). To call Nigel an Elvis fan is like calling the Pope Catholic. The EIN was formed in the 1980s and went online in 1997, where it has become one of the only two major Elvis sites that provide Elvis news every single day. EIN provides rabid Elvis fans with news, analysis, reviews, interviews and commentary. Nigel, born and raised in Australia, has been a devoted disciple of the King since 1969. We recently reached out to him to talk about everything Elvis.)

DaRK PaRTY: Why do you think Elvis has become a cultural icon?

Nigel: Quite simply, Elvis arrived at a crossroads in the development of the 20th century. It was a time of post-war uncertainty and rising affluence infused with a teenage generation looking for something to call its own. As history shows, Elvis was the key to opening both youth culture and changing popular music in the 20th century. 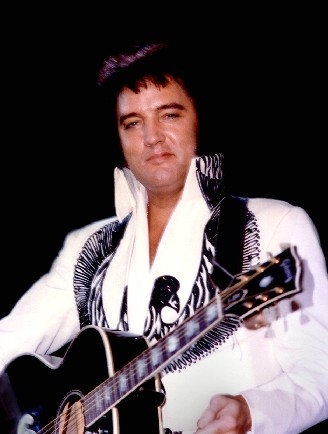 And those changes were historically massive.

That is why, 30 years after his death, he has not only musical, but also socio-cultural resonance. Elvis was the most important or seminal figure in those momentous changes and that is why people want to imitate him, and people continue to seek memories, solace and fulfillment through him.

Two of my favorite quotes about Elvis hit the mark about his impact on the world:

Leonard Bernstein: “Elvis Presley is the greatest cultural force in the 20th century.”

JNP on a BBC website: “There were rock 'n' roll records before “Heartbreak Hotel,” but this was the one that didn't just open the door… it literally blasted the door off its rusted, rotten, anachronistic hinges... producing, no propelling, a fundamental, primordial and unstoppable shift in not only musical, but social, political and cultural history.”

DP: What is the biggest misconception about the King?

Nigel: There are two which rankle!

That Elvis was racist is a myth started in the 1950s with unsubstantiated claims he had made an unsavory remark about black Americans. In reality Elvis enjoyed friendships with many black Americans, incorporated them in his touring group, and on various occasions acknowledged his debt to their incredible music. Yet the Elvis and racism myth continues to persist today.

The second misconception about Elvis is one driven by our gossip hungry, sensationalism driven media. Its general bias in focusing on an overweight Elvis high on prescription medications and gorging peanut butter and fried banana sandwiches represents only a small part and time in his life and totally ignores his immense musical and socio-cultural legacy. It is a sad indictment of the unbalanced nature of contemporary media.

DP: What is the weirdest story you have ever heard about Elvis?

Nigel: There are many. Part of having socio-cultural meaning is that strange stories and myths build up around you.

The most way out story, incredibly actually believed by a small number of people, is that Elvis was abducted by aliens to become a real King and rule their planet in some far off galaxy.

One of my favorites though is the (unfounded) idea that Elvis and Bob Dylan did a recording session together.

DP: People forget that the King was also an accomplished actor. What are your three favorite Elvis movies and why? 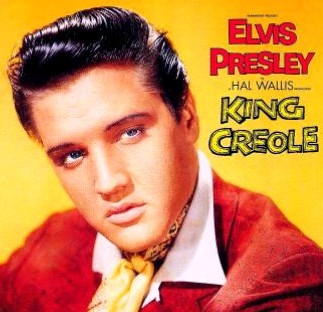 Nigel: “King Creole” (1958) is regarded by many as Elvis’ best film. It has first rate direction by Oscar winner Michael Curtiz, a great script and cast, a strong bluesy soundtrack, and it radiates atmosphere. Along with the King in Jailhouse Rock, “King Creole” represents Elvis at his celluloid best in his younger years.

“Live a Little, Love a Little” (1968): A mature Elvis in an adult plotline. This was Elvis’ only sex comedy (farce) and his flair for light comedy shone through. Bright, breezy and fun. A case of what might have been.

“The Trouble with Girls” (1969): Still largely overlooked today, this movie came in the third or last phase of Elvis’ narrative film career and was another that offered a strong hint of what could have been. Certainly slow-plotted, but with great attention to period detail, strong and eccentric characters, and an adult storyline, “The Trouble with Girls” probably alienated many fans with its contemporary direction by Peter Tewksbury and innovative use of technically impressive camera techniques.

DP: If you could only listen to five Elvis songs for the rest of your life, what songs would you choose and why?

Nigel: “Suspicious Minds” -- Simply a classic pop song which ebbs and flows with emotional heartache, reeling the listener in with each beat of its essence. 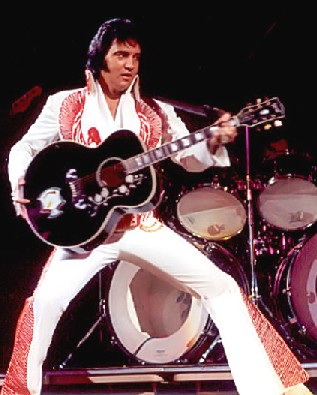 “In The Ghetto” -- Arguably Elvis’ most poignant recording. It resonates the hopelessness and angst of ghetto living, and death. As its little known title tag line suggests, it is indeed a “vicious circle,” and one which, along with “If I Can Dream,” shows the lost opportunity for Elvis to offer ongoing social comment through his music.

“I’m Leavin’” -- From 1971, one of Elvis’ most overlooked recordings. A haunting melody, with Elvis artfully evoking the despair of a broken relationship. Sublime!

“Blue Moon” -- Play this one with the lights out. In what is the most unusual and potent recording of the Rodgers-Hart classic, Elvis’ interpretation oozes an atmosphere which transcends what has gone before and commands the listener’s full attention.

“Kiss Me Quick” -- Not a classic recording, but happy, up-tempo mid-60s Elvis which symbolizes a carefree time seemingly oblivious to the seminal socio-political changes about to change it forever. A guilty pleasure!