Sometimes it seems as though only two alternative bands survived the 1980s – U2 and R.E.M. – and the rest were one hit wonders. That’s a fallacy, of course. Bands like Duran Duran, the Police, and the Alarm enjoyed multiple hits – they just weren’t able to endure when musical tastes shifted to an edgier, angrier style in the 1990s.

The alternative scene in the 1980s rolled onto the music scene like a fresh wind blowing out the tired power band era of the late 1970s and the bubble-gum pop that was an unwanted leftover of the disco scene (“Magic” by Olivia Newton John was the #3 song in 1980 and “Celebration” by Kool and the Gang was #3 in 1981).

R.E.M. drove the stake into the ground in 1983 after the release of their masterpiece “Murmur.” When Rolling Stone magazine declared it the best album of the year – the alternative music scene had broken the mainstream. R.E.M. was bolstered by bands like the Violent Femmes, the Feelies, and The Replacements.

Alternative borrowed liberally from the punk-rock scene, but softened the rawness of bands like the Ramones and Black Flag for a mainstream audience. The genre added elements of reggae, folk, and electronic to form a new sound. 80s Alternative also brought a social consciousness to the lyrics. Audiences, sick of maudlin love ballads and songs about partying, flocked to the intelligence of music about poverty, social justice, Apartheid, war and peace.

As this new movement took hold in the early mid-80s – an unprecedented era of one hit wonder magic began as bands changed their sound to capitalize of the success of R.E.M., U2 and others. Some of these bands scored huge hits – their tunes rocketing to the stratosphere with decade defining songs. Unfortunately, they were unable to capture lightning in a bottle for a second time.

There are many reasons why a band becomes a one hit wonder, mostly having to do with talent, timing, and luck. DaRK PaRTY explores these reasons and gives you our picks for the “12 Best One Hit Wonders of 80s Alternative.” Gary Numan was the first bona fide synthesizer rock star of the new era. He was also supposed to be the next David Bowie. Of course, he may have taken that comparison too far – dressing in costumes on stage, wearing make-up, and working on his androgynous sexuality. But there’s only one David Bowie – and it wasn’t Gary Numan. “Cars” hit number 12 on the BillBoard Top 100 in 1980.

No one really knows what to make of Devo. They were formed in in 1972 and spent the early part of their career as an art-rock, post-punk band. They took themselves much too seriously at this point – and their music reflected it – moody and atmospheric. “Whip It” was a dance hall tune – and completely outside of the band’s usual style. But it became a huge hit (and the MTV video made them a minor sensation). The song hit number 94 on the BillBoard Top 100 in 1981 – but became an anthem in the growing Alternative sound. Soft Cell paved the way for New Wave bands like Duran Duran and Spandau Ballet. The band’s own music never quite caught on, however. As their label became impatient for them to score a success, the duo released a cover version of a 1964 song by Gloria Jones. The song’s impact was enormous and it remained on Billboard’s Top 100 chart for a record 43 weeks.

“I Melt with You” may be the most popular 80s Alternative one hit wonder of all time. It’s become a staple of night clubs and on the wedding circuit. The song was a bedrock on college rock stations. The problem was that the song didn’t reflect the band’s normal musical tendencies. They tried copy-cat numbers, but just couldn’t grab the brass ring for a second time. This song was a number one hit in both the and . The band was going to be the next big thing – but success went to the heads of the band and they broke up soon after. The song is 80s Alternative fused with Celtic folk music featuring fiddles and a brass section. It’s a big, bouncy song that could have been the first of many hit tunes for this band. Alas, it was not to be.

Thomas Dolby was one of the first Alternative artists to use sampling. He was a one-man band similar today to Moby and other DJ performers. But he had little musical success after “She Blinded Me with Science,” which reached 23 on the Top Billboard chart in 1983. But don’t worry about Dolby – he invented the software that is now responsible for the musical ring tones on more than 500 million mobile phones.

Frankie Goes to was supposed to be the next coming of the Beatles. Not quite. The band’s song “Relax” was one of the most controversial and successful songs in English history. It remains the seventh bestselling single in music history. The song was banned by the BBC (because it's about, well, sex) – which only fueled sales. It never became as popular in the , but greatly influenced bands in the Alternative scene.

The Firm was going to be the power band of the 1980s – in the vein of Led Zeppelin and Bad Company, but with an Alternative twist. And why not, since Jimmy Page was the lead guitarist and Paul Rodgers was the lead singer? But it didn’t turn out that way. There were great expectations for this new “super group,” but album sales were lackluster. “Radioactive,” a rollicking, dance-fused number, hit number 23 on the charts. 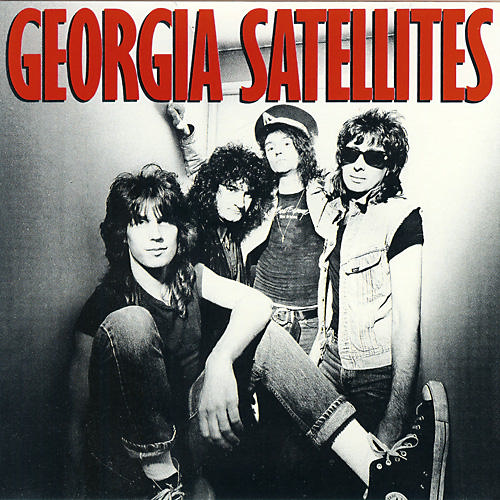 The Georgia Satellites were going to be big. Huge. They were the second coming of southern rock and the heirs apparent to Lynyrd Skynyrd. “Keep Your Hands to Yourself” soared to number 2 on the charts and was an enormous hit on MTV. But after the single, the band plummeted like a stone.

Husband and wife team Pat MacDonald and Barbara K. MacDonald seemed to be accidental Alternative stars – right out of central casting for the intellectual set. The song was an enormous success in the movies, of all places. It appeared on the soundtracks of “My Best Friend is a Vampire,” “Kuffs,” and the “Texas Chainsaw Massacre 2.” The band also appeared in the 1988 film “D.O.A.” Midnight Oil should have been the next R.E.M. The Australian band formed in the 1970s and shifted from a progressive rock band into punk-infused hard rockers when the 80s scene was in full swing. They were far left-wing politically – especially when it came to environmental causes. Despite multiple albums and moderate success through four decades, the band only scored it big with “Beds are Burning.”

Edie Brickell and the New Bohemians were going to be the heirs to the Grateful Dead and other psychedelic bands of the 60s – only with an Alternative 80s infusion. Too bad that Paul Simon ended up wooing and marrying Brickell (they now have three children). Who knows what would have happened? The song “What I Am” was a big hit on college and Alternative 80s stations. It hit number 4 on the Billboard Top 100 in 1988.