Wednesday, October 29, 2008
Tony Hillerman and the Power of Setting
How Tony Hillerman Captured the Essence of the American Southwest

We rolled out of Farmington, New Mexico on Route 64 west toward Shiprock. I kept a close eye on the temperature gauge on the rental car. The sun – a blazing smear of yellow overhead – was torching the highway. Ripples of heat swept up off the asphalt like transparent ghosts. The air conditioner felt like the warm breath of a large mammal. 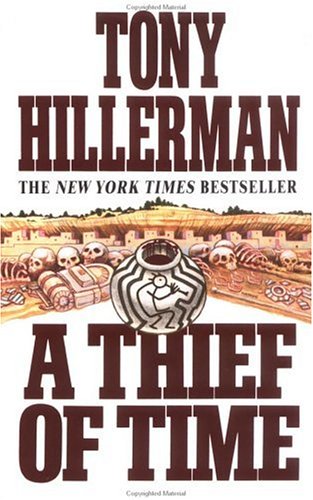 Halfway to Shiprock, we pulled over on a desolate stretch of lonely highway. I stepped out of the car and the sun bore down on me like a weight. My shoulders actually sagged and I felt my sweat turn to vapor as soon as it squeezed out of my pores. The high desert stretched out before me in all directions.

I had never seen so much sky. So much space. I was a New England native – from a region cramped with various topographies within short spans: rocky coasts, sand dunes, lakes, pine forests, swamps, mountains, rolling hills, apple orchards, valleys, and rivers. A land filled with indecision.

Sandy, rutted mesas and plateaus seemed as expansive as the moon. There were dips and divots, rock formations, and a long, low flatness. And everything – except the blue, blue sky – was a dullish, dun color.

He made me want to see it for myself.

Tony Hillerman, the acclaimed mystery writer, died of pulmonary failure on Sunday, October 26. He was 83. There have been a lot of tributes to Hillerman lately – mostly about how his 18 novels about Navajo Police Officers Joe Leaphorn and Jim Chee broke through cultural barriers of mystery fiction. Very true.

Hillerman was a natural storyteller – and his two protagonists opened the eyes of many Americans to the rich culture and history of the Navajo people. As the Chicago Sun-Times noted:

“Each [novel] is characterized by an unadorned writing style, intricate plotting, memorable characterization and vivid descriptions of Indian rituals and of the vast plateau of the Navajo reservation in the Four Corners region of the Southwest. The most acclaimed of them, including "Talking God" and "The Coyote Waits," are subtle explorations of human nature and the conflict between cultural assimilation and the pull of the old ways.”

“In the world of mystery fiction, Mr. Hillerman was that rare figure: a best-selling author who was adored by fans, admired by fellow authors and respected by critics. Though the themes of his books were not overtly political, he wrote with an avowed purpose: to instill in his readers a respect for Native American culture.”

But one aspect of Hillerman’s novels that often gets overlooked was his command of setting. The Four Corners region of the American Southwest became a major character in his fiction. Many other detective writers are associated

with a setting (Robert B. Parker with Boston, Michael Connolly with L.A.), but none of them captured place with the power of Hillerman.

One could argue that without setting, Hillerman’s mysteries would simply be run of the mill trade paperbacks. It was the sense of place – it was the Navajo part of America – that made his books special. You could smell the hot dust, feel the sand beneath your toes, see the rock formations on the horizon. Hillerman cared deeply about the Southwest – understood it – and really saw it. And he was talented enough to make his readers feel and see it with him.

Hillerman will be missed – and the American Southwest will never be described the same way again.


Fiction and the Catholic Church

Movie vs. Book -- 10 Movies Adaptations That Are Better than Fiction

Fiction: Everyone is Dead