New DaRK
B-B-Bukowski
Unromantic Movies
5 Questions About: Thrillers
Poem: Senryrus for Dirtbags
Life Altering Movies
Misplaced Passion: The Day After
Cowboy Up!
Essay: We All Die
A Menu of Tasty Books
Random Musings on Hollywood While Waiting for the ...

Let’s get real for a moment. Love songs can be damn annoying. For example, is there really anyone who can stomach a love song by Journey? Can anyone possible be so head-over-heels in love that they don’t want to stick the broken end of a beer bottle into Steve Perry’s thorax when he sings “Open Arms?”

Christ, we hope not.

But the problem with listing the greatest love songs is that having a song is a matter of circumstance. If you and your girlfriend were groping in the back seat of your dad’s Chevy station wagon and Whitney Houston came on the radio singing “I Will Always Love You,” well sucks for you, dude, bec You really don’t get to pick your song. It sort sticks to you like a bad odor.

But we’re going to attempt to list our favorite 10 love songs – choosing songs that would actually be cool to have as your song if, in fact, you actually had a choice in these matters.

We realize – more than you know – that you’ll likely end up stuck with Madonna’s “Crazy For You” or Faith Hill’s “Breath.” You know what we mean: songs that will eventually make you vomit.

For what it is worth: 10 Love Songs That Rock.

Sinead O’Connor
Nothing Compares 2 U

Can we finally forgive Sinead for tearing up a picture of the pope on “Saturday Night Live” in 1993? After all, the pope was, in fact, the leader of the largest child sexual abuse society in history. Regardless, this cover song by Prince showcases just how talented a vocalist Sinead is. Her breathless voice ripples with heartfelt passion and it’s hard not to be taken in by the power of the lyrics. The video, shot mostly in , also features Sinead at her most beautiful.

Peter Gabriel
In Your Eyes

Most people associate this song with John Cusack in the movie “Say Anything.” He plays the song on a boombox which his hefts over his head so that his girlfriend can hear it from her bedroom (chicks really dig this scene). But let’s stripped Cusack out of the picture for a moment and focus on Peter Gabriel. The song is about falling in love by staring deeply into the eyes of a woman. How these windows to the soul open up all the secrets, pain, and passion of love. The song has a funky 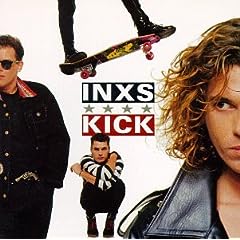 African backbeat and you can dance to it.

Generally considered one of the best INXS songs by fans (I prefer the older stuff). But it certainly has some groove to it. Lead Singer Michael Hutchence shows us some fine vocal work here. The guy really could belt out a ballad. Sadly, the song was played in the background during Hutchence’s funeral as the other members of the band carried his casket out of the church in 1997.

Can you say rock classic? Believe it or not, this song is one of the most covered in the 20th century (with hundreds of different versions). No one does it better than the Righteous Brothers. The song was nearly ruined after it appeared in the overwrought film “Ghost,” but don’t hold that against it. Bobby Hatfield gets down and dirty on this song – digging deep to bring up the passion and the angst until the girls are screaming and swooning. It doesn’t get much better than this.

Joe Cocker
You Are So Beautiful

Joe Cocker is a madman. A round, bald, bearded sweat stain of a performer. His voice – which sounds like a gravel rattling around in an iron drum – is gritty and gratifying. This song will go right through you. Is there any singer who gets more into his music than Joe? This is a cover song, of course, because Joe really doesn’t write his own stuff. He just steals from others, sings the living hell out of them, and makes them his own. Just like this one.

Killing Me Softly With His Song

“Strumming my pain with his fingers.” Is there any better opening to a love song? This song is so… well, ridiculous, that it is actually cool. The song is about falling madly in love with a performer as he sings on stage (it was inspired by a poem about Don MacLean). The greatest thing about “Killing Me Softly” is that it was featured in the very underrated comedy “About a Boy” starring Hugh Grant. Go rent the movie and you’ll love this song even more.

This is a damn dirty song (check up the video above) and would be the best song to actually have as your song. Isaak recorded the song in 1989, but it didn’t become a hit until 1991. The song is smoking hot as is model Helena Christensen who stars in the video. MTV listed it as one the sexiest videos of all-time and ranks number 73 of Rolling Stone’s top 100 videos. We’re babbling aren’t we? It kind of speaks for itself, so we’ll just shut-up now.

This was one of McCartney’s hits with the Wings, recorded in 1970. It features some great piano and guitar work and that earnest McCartney performance that makes him, well, Paul McCartney. This song is a rocker and one of the songs that McCartney calls one of his favorites. He wrote it for his late wife Linda after the break-up of the Beatles. It is without a doubt one of the finest love songs ever written. 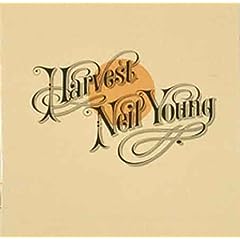 Bee Gees
How Deep Is Your Love?

We know, we know. We went for the jugular on Journey and Steve Perry, yet we’ve got the Bee Gees on our list. Just listen to the damn song (see the video below). And try not to look too closely into the hypnotizing eyes of Barry Gibb.

This is Neil Young’s only number one song. Can you believe that? The man who gave us “,” “Like a Hurricane,” and “The Needle and the Damage Done” and this is his only hit. A freakin’ love song. The song is about a man who is getting older, but is still searching for true love. Young does it as an acoustic number on his “Harvest” album on 1970 (mostly because a back injury wouldn’t allow him to record it with a heavier electric guitar).

SQT said...
Fantastic list. "In Your Eyes" has always been a favorite. I also remember my mom listening to "Killing Me Softly" when I a was a kid and that still brings back great memories.
February 15, 2008 10:03 PM

GFS3 said...
Hey SQT -- you sound just like the character from "About a Boy."