New DaRK
Book Review: Narrow Miss for "Above the Law"
5 Questions About: Screaming Blue Messiahs
What's Up With All the Fat, Naked Guys?
Thoughts from the Shadows: The Craziness of Publis...
How to Make a Damn Good Horror Movie
The Case of the Strangled Sister
Cool 80s Tunes That Still Rock
Essay: Have Adults Ruined Childhood?
DVD Featurette from the Blockbuster Action Flick "...
Did you Win Our Conan the Barbarian Giveaway?


Sometimes the Academy Awards Give the Prize to the Wrong Films

Time will tell if "Slumdog Millionaire" (2008) deserves to be added to our list (although we were happy that it won). Here is the DaRK PaRTY list of unworthy winners of the distinction of Best Motion Picture. 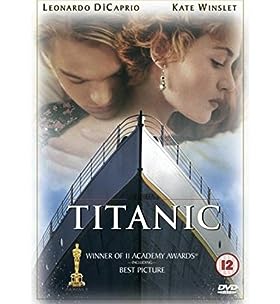 Plot: A free spirited, poverty stricken lad stows away on the Titanic and falls in love with a wealthy teenager promised to a powerful (and utterly evil) industrialist.

Why It Shouldn’t Have Won: “Titanic” at its essence is a gaudy melodrama disguised by its all-star cast and $200 million special effects extravaganza. But the biggest flaw in the film is the fact that 1990s sensibilities are transported back to 1912 – as if the doomed passenger ship fell into a time warp before being sunk by an iceberg. Kate Winslet is a liberated woman – at a time when there weren’t any (she even flips another character the bird). Then there’s the romance between Winslet and DeCaprio that is so corny that it could be the main ingredient in a cornbread recipe.

The Oscar Competition: “L.A. Confidential,” “As Good As It Gets,” “Good Will Hunting,” “The Full Monty”

Film That Should Have Won: “L.A. Confidential.” 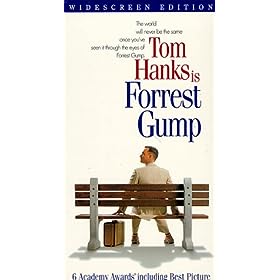 Plot: A dim-witted, Southern boy grows up in the latter half of the 20th century and is able to overcome his feebleness to become a Vietnam war hero and a successful shrimp fisherman – while participating in many historical events..

Why It Shouldn’t Have Won: These days it’s hard not to think about Robert Downey Jr.’s rant in “Tropic Thunder” (2008) about actors going “retard” to win an Oscar and not consider Tom Hank’s performance in “Forrest Gump.” Hanks plays Forrest as a slack-jawed moron with a heart of gold. His gravelly, clogged-nasal passages monotones may be the most irritating performance ever to win an Academy Award. The movie is pedestrian at best, but its real crime was snatching the best picture award from “Pulp Fiction,” a movie that continues to withstand the test of time and remains one of the most influential in the last three decades.

Film That Should Have Won: “Pulp Fiction.” 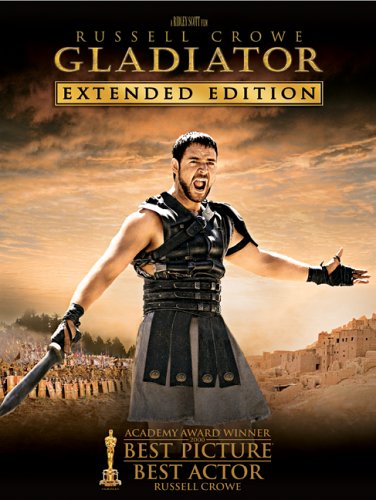 Plot: A Roman general in line to replace the ailing Emperor Marcus Aurelius is betrayed by the emperor’s son, Commodus. The general’s family is murdered and escapes execution, but only to be captured by slave traders. He becomes a gladiator and uses his battle skills to catapult himself to fame and to position himself as the new emperor of Rome.

Why It Shouldn’t Have Won: “Joey, do you like gladiator movies?” Captain Oveur asks the little boy in “Airplane” (1980). Clearly, the answer should have been no. The artistic appeal of “Gladiator” remains a mystery – as its nothing more than a clichéd action adventure set in ancient Rome. It’s a depressing, cynical movie that has no heart – and no color (it looks as if it were filmed through dirty cotton). Joaquin Phoenix plays the nasty, cowardly Commodus like a petulant child channeling Nathan Lane numbed down on painkillers. It’s a painful experience to watch the overacting Russell in a series of pontificating speeches about fairness, justice, and blah, blah, blah.

Film That Should Have Won: “Crouching Tiger, Hidden Dragon.” 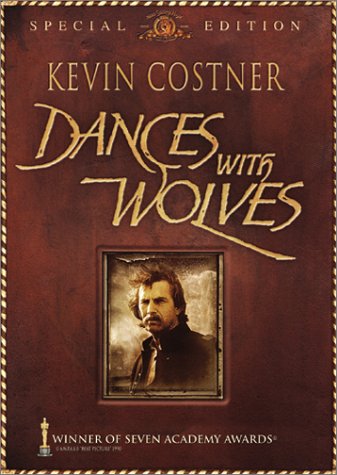 Plot: A burned-out Union soldier about to have his leg amputated tries to commit suicide, but instead ends up a hero. A general’s doctor saves his leg and the officer, John J. Dunbar, is transferred to the western wilderness. He meets a tribe of Sioux and drops out of white man’s society.

Why It Shouldn’t Have Won: “Dances With Wolves” is like a wine you fell in love with at a trendy restaurant, bought a bottle of it, and then a couple of years later you pop it open it has turned to vinegar. And, of course, it surprises you. But try watching “Dances With Wolves” again and you’ll find that it’s heavy-handed and very preachy. It also treats its Native American subjects as children rather than a race of adults. And, of course, the white men are portrayed as despicable monsters. It’s all too simplified, black-and-white and as a result, the movie suffers for it.

Film That Should Have Won: “Goodfellas.” 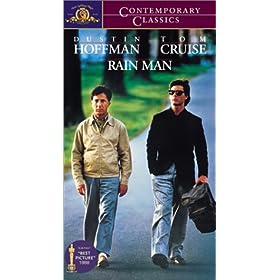 Plot: A young car dealer in need of money when he finds out his estranged father has died. Heading home to settle the estate, he discovers that he has an older brother who is an autistic savant and been institutionalized for most his life. In order to get more money out the estate, dealer kidnaps his brother and they travel together across country – bonding.

Why It Shouldn’t Have Won: It’s difficult not to like “Rain Man.” But here is another actor (Dustin Hoffman) “going retard” to earn a best actor award. Hoffman manages to avoid the syrupy performance that plagued Tom Hanks in “Forrest Gump,” but the problem with “Rain Man” his character never transcend beyond Dustin Hoffman playing an autistic guy. In the end, “Rain Man” isn’t a bad movie – it just isn’t Oscar caliber and was only the third best movie nominated in 1988.

Film That Should Have Won: “Dangerous Liaisons.” 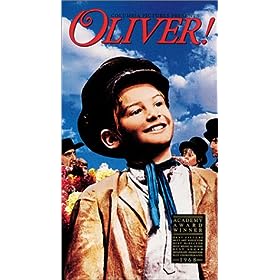 Plot: An adaptation of the Dickens’ novel “Oliver Twist.” An orphan escapes a work school to become a pickpocket under the control of Fagin and Bill Sikes. A kindly and wealthy family later adopts him.

Why It Shouldn’t Have Won: Amazingly, 1968 gave us “The Heart is a Lonely Hunter” and “2001: A Space Odyssey,” and yet neither of these films were even nominated. Instead, we get a musical of one of Charles Dickens’ most damning novels of the British welfare system and class structure. One can only imagine how Dickens would have reacted to a group of destitute boys singing “Food Glorious Food” while dancing on streets of slop.
The Oscar Competition: “Funny Girl,” “The Lion in Winter,” “Rachel, Rachel,” “Romeo and Juliet.”

Film That Should Have Won: “The Lion in Winter.”


The Greatest Show on Earth

Plot: A struggling circus hires the Great Sebastien to pump some life into the show. His arrival displaces Holly from her spot on the trapeze and the two enter into a dangerous competition against each other while fighting off romantic entanglements outside of the Big Top.

Why It Shouldn’t Have Won: This may be the worst picture to ever bring home the Oscar and in light of the superior competition (notably “High Noon” and “The Quiet Man”) one can only wonder if uber-Hollywood power broker Cecil B. DeMille called in some markers. Vapid, big budget movie making at its tacky worst with a only a flimsy plot and endless shot of real circus performers and kids reacting to it.
The Oscar Competition: “High Noon,” “Ivanhoe,” “Moulin Rouge,” “The Quiet Man.”

Film That Should Have Won: “High Noon.”


How Green Was My Valley 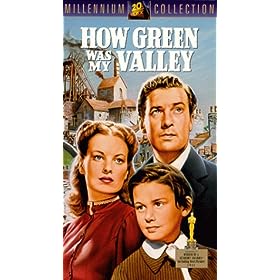 Plot: The trials of ordinary people in a Welsh coal mining town.

Why It Shouldn’t Have Won: An overly sentimental and romanticized pandering of the class that won the Academy Award because the United States was in the midst of World War II. The coal miners actually march home with picks on their shoulders singing loudly and happily as they exit the mines. The story is supposed to expose the harsh working conditions, but the movie’s kid-glove treatment of the miners dooms it.

The Oscar Competition: “Blossoms in the Dust,” “Citizen Kane,” “Here Comes Mr. Jordan,” “Hold Back the Dawn,” “The Little Foxes,” “The Maltese Falcon,” “One Foot in Heaven,” “Sergeant York.”

Film That Should Have Won: “Citizen Kane.” 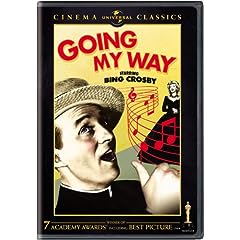 Plot: A singing and dancing priest brings joy and solutions to social problems to his parish.

Why It Shouldn’t Have Won: Bing Crosby as a priest who will break out into song at any opportunity must have charmed the Academy weary of the bloodshed of World War II. Because there really isn’t another reason for this forgettable movie to even be considered among the best pictures of 1944 or any other year. If you put “Going My Way” in a cup of coffee, you’d return it for being too sweet. It was up against three films that were far superior – especially in hindsight.

The Oscar Competition: “Double Indemnity,” “Gaslight,” “Since You Went Away,” “Wilson.”

Film That Should Have Won: “Double Indemnity.”


Did we miss one? Tell us which movies you think are the worst to win an Oscar.

Rob Velella said...
Well, it's all a matter of opinion and I'm not familiar with a good bunch of these movies. Nonetheless, I'll disagree that "Forrest Gump" does not deserve recognition, but I'll stand up and cheer that you pointed out "Titanic" and "Gladiator." The former just reemphasizes the complete lack of acting ability in DiCaprio since we learned what was eating Gilbert Grape. The latter was just a slug-fest with more proselytizing than heart - the Incredible Hulk without the green, if you will - and not good movie-making. And I wonder if I'm in the minority for not liking "The Dark Knight"?
February 23, 2009 2:08 PM

GFS3 said...
Hi Rob:
You might be in the minority not like Dark Knight. It was a dark, cynical movie and skated on the edge of disaster, but I found the performances and the movie making brilliant. Named it Dark Party's best of 2008.

Samuel Wilson said...
I'm not asking you to suddenly decide that one of your group is good, but you have to make room for CHICAGO on that list.
February 23, 2009 10:29 PM

Jeff Langr said...
And American Beauty. Nothing on the 1999 nominated list is that compelling, but I enjoyed every other movie from 1999 more than this piece of PC junk, chock full of stereotypical characters and predictable plot elements. That would include entertaining films like Election, Being John Malkovich, and Boys Don't Cry.
April 27, 2009 10:56 AM

Dirty Phone Sex said...
Your piece of writing is noteworthy. I will read your post on a regular basis and it’s very supportive.
November 27, 2011 10:37 AM
Post a Comment
<< Home
Advertisements
DaRK Buttons