Tuesday, July 01, 2008
Essay: The Disgrace of Hip-hop
Hip-Hop and the Glorification of Repression

Most hip-hop music has become pornography – a glorification of smut. It’s a musical wasteland of drugs, violence, murder, rape, and misogyny. Forget the thugs and criminals that populate the scene (from Lil’ Kim who recently went to jail for perjury or 50 Cent who has been linked with gang shootings). 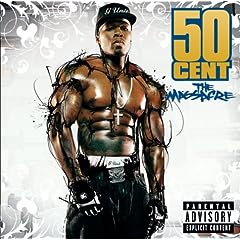 All you have to do is pay attention. Listen to the lyrics like this gem from Eminem:

“I told the doc I need a change in sickness/ and gave a girl herpes in exchange for syphilis/ Put my LP on your Christmas gift list/ You wanna get high, here bitch just sniff this.”

What a wonderful message for youngsters. Why would any parent allow an Eminem album in their home? Why would that kind of language and hatred toward women be tolerated?

It’s hard to believe that hip-hop music started in 1979 with Sugar Hill Gang’s delightful and playful “The Rapper’s Delight.” It had all the hallmarks of what would become hip-hop, including arrogant and boastful lyrics about the narrator’s sexual prowess and physical toughness, but the song also celebrated diversity:

“I'm rappin to the beat/ and me, the groove, and my friends are gonna try to move your feet/ see I am wonder mike and I like to say hello/ to the black, to the white, the red, and the brown, the purple and yellow/ but first I gotta bang bang the boogie to the boogie/ at celebrated music, culture, and good times.”

Hip-hop apologists claim that hip-hop reflects life in the ghetto. That may be true, but just because our inner cities are broken and the reality is disgraceful doesn’t mean we have to celebrate the worst aspects of them.

It is easy to pretend that hip-hop is some kind of pop culture documentary, but that’s a lie. Hip-hop celebrates the mayhem and thug lifestyle of the ghetto. It’s part of the repression that keeps inner city minorities trapped in the cycle of poverty. When you glorify shooting police officers and selling drugs and degrade education and earning an honest living then impressionable young people make the wrong decisions.

Hip-hop isn’t high art. It’s sleaze. But don’t take our word for it – listen to the words behind the music. It’s all the evidence you need.

“If I was fucking you, I'd let the homies fuck too/ Run up in the guts bust nuts and we're through/ Hey you feenin'/ cooch screamin', heatin' cleanin'/ Tag-teamin', suckin' semen.”
-- Ice Cube, “If I Was Fuckin’ You”

“Last time them niggaz rushed me, I aint bust but now I'm touchy/ Trust me, aint nothing jumpin but these buck shots/ Them niggaz got enough knots, I'm poppin corrupt cops/ Ya motherfuckaz catch a hot one/ You wanted to start a problem, now you coward cops have got one.”
-- 2Pak, “Soldier Like Me”

“I used to be scared of the dick/ Now I throw lips to the shit/ Handle it like a real bitch/ Heather Hunter, Janet Jack-me/ Take it in the butt, yah, yazz wha.”
-- Lil’ Kim, “Big Momma Thang”

“In the hood niggas know, how I handle my problems/ I walk up close, and I fo', fo' revolve 'em/ Don't make me run to you, put the gun to you/ Have yo ass on Phil Donahue explaining what the fuck I done to you.”
-- 50 Cent, “Make Money By Any Means”

“That day came the two started fuckin/ All the time you know kids habit's/ Every single day fuckin like rabbits/ Sneakin out the car when he was 15/ Climbin in the window and fuckin all night see/ Fuckin during lunch in the junior high bathrooms/ Drinking champagne and trippin on mushrooms/ His dick was metal her pussy was a magnet.”
-- Kid Rock, “Black Chick, White Guy”


10 Things John Wayne Would Never Do

Guilty Pleasures: Songs You Only Listen to Alone