New DaRK
Under God's Right Arm: How Lego Celebrates Murder
10 Superheroes with the Coolest Powers
Literary Criticism: Ring Lardner's "Haircut"
Essay: The Roar of Spring
Overlooked Albums by Some Great Bands
Lurid Confessions of a Book Man-Whore
Fantastically Bad Cinema: "Pirates of the Caribbea...
5 Questions About: A.W. Gryphon
The Boys at Murphy's Taproom Figure Out Why Broads...
Essay: The Caste System in the U.S.

Wednesday, April 23, 2008
Guilty Pleasures: Songs You Only Listen to Alone

A rather callous friend has a favorite axiom in the form of a riddle. It goes like this: “What do mopeds and fat girls have in common? They’re fun to ride, but you don’t want your friends to see you on one.”

But there is a deeper meaning here. There are some things that are oh-so pleasurable – but extremely embarrassing.

We call them guilty pleasures.

And nowhere do guilty pleasures proliferate like they do in music. All of us have those damnable songs that we wouldn’t be caught dead listening to if there were other people in the room.

Songs that make us prance and sing in the shower – and then we pretend to hate when our jazz aficionado friend comes over for brunch and we talk about the genius of Miles Davis and Charles Mingus.

Allow us to share with you some of those guilty pleasures. Those ridiculous little numbers that we can’t shake – those sugary, bouncy tunes that we can’t live without (even if we listen to them in the closet).

U Can’t Touch This Ridiculous Fact: The song is used in a commercial for the antipbacterial hand cream Purell.

Where Are They Now: MC Hammer is married with six children. He became a born-again Christian in 1997 and currently has a TV sow on the Trinity Broadcast Network. He actually officiated the wedding of washed up actor Corey Feldman in 2002.

Stunning Insight: The real reason “U Can’t Touch This” rocks is because it samples Rick James’ “Super Freak.”

Album: "To The Extreme"

Where Are They Now: Vanilla Ice has become a staple on bad reality TV shows – the low point being beaten in a boxing match by Todd Bridges during “Celebrity Boxing.” He was also arrested in 2001 and in 2008 for beating his wife. Ridiculous Fact: The Scooby Snacks in question are diazepam (also known as Valium), which allows bank robbers to remain cool, calm, and collective during a heist.

Favorite Lyric: “Is this some Kharmic-Chi love thing happening here baby or what.”

Where Are They Now: The band is still together and has a cult following, especially in Britain.

Stunning Insight: The popularity of “Scooby Snacks” may have been because of the sampling of Quentin Tarantino movies in the song. Artist: KC and the Sunshine Band

Ridiculous Fact: The song was featured in all four “Scary Movie” trailers.

Favorite Lyric: “I’m your boogie man that’s what I am.”

Where Are They Now: Harry Wayne Casey “KC” still tours and does about 200 shows a year.

Stunning Insight: KC and the Sunshine Band made a career of writing disco songs that became guilty pleasures. DaRK PaRTY has a bad KC jones. Album: "Some Gave All"

Where Are They Now: While his popularity has plummeted, Billy Ray Cyrus is still kicking around on the entertainment fringes and even sang the “Star Spangled Banner” to kick-off game 5 of the 2006 World Series. He also has a new hit song “Ready, Set, Don’t Go” released in 2007. Where Are They Now: Loggins is back to performing and recording again. He released an album in 2005 and started his own record label “180 Music” in 2007.

Stunning Insight: The song is better than the movie - but only just barely.

You Dropped a Bomb on Me Ridiculous Fact: The song is played on the Dale & Holley Show on sports radio station WEEI in Boston every time they blow up a caller.

Where Are They Now: The band still performs and many of the members have solo albums.

Stunning Insight: Believe it or not, but the Gap Band has 19 albums – the first coming in 1974 and the last one released in 2001. That’s four decades of music. Album: “Who Let the Dogs Out?”

Ridiculous Fact: The song is a cover of a tune originally recorded in Trinidad in 1998.

Where Are They Now: No one is quite sure. The Baha Men disappeared after releasing an album in 2004. It’s likely that the Bahamas-based band disbanded.

Stunning Insight: The song was released on the Rugrats movies soundtrack as well, but has found a real home in sports stadiums around the United States. Ridiculous Fact: The song is featured in the movie “Mrs. Doubtfire.”

Favorite Lyric: “I’ll serve your ass like John MacEnroe/ If your steps up, I’m smacking the ho.”

Where Are They Now: The band broke up (I know, I know, it breaks me up as well). One member founded an art company and DJ Lethal actually joined Lim Bizkit.

Stunning Insight: This song is oddly addictive, yet the House of Pain never could capture magic in bottle again and they remain famous for being one of those one-hit wonder groups. Ridiculous Fact: Flea from the Red Hot Chili Pepper’s plays the bassline in the song.

Favorite Lyric: “A chick walks by you wish you cold sex her/ But you’re standn’ on the wall like you was Poindexter.”

Where Are They Now: Young MC – a.k.a. Marvin Young – still performs and lives in Arizona.

Stunning Insight: Yes, we dance in our underwear. 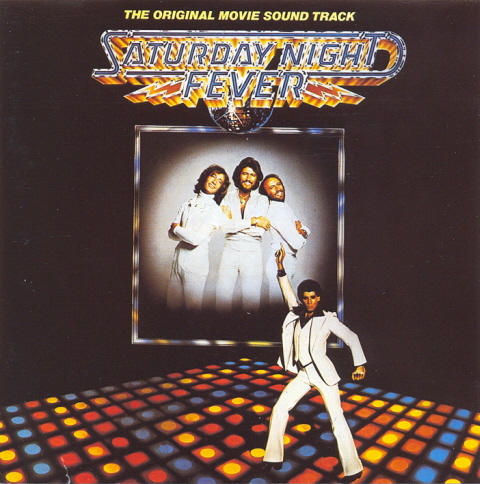 Ridiculous Fact: The video of “Stayin’ Alive” would get the Bee Gees arrested in most states nowadays for wearing their pants that are too tight.

Favorite Lyric: “I’m goin’ no where/ Some body help me there.”

Where Are They Now: Maurice Gibb died in 2003. Robin and Barry have reunited a few times to play concerts.

Stunning Insight: Try not to sing this baby in a high-pitched voice. Ridiculous Fact: It was sung with a harmonica by Borat in the comedy “Borat’s Guide to America.”

Where Are They Now: The band broke up, but Robert Clivilles is in a new group called MVP

Stunning Insight: There’s a reason why the song keeps cropping up in movie comedies, but it makes you want to dance your ass off.

SQT said...
Oh, I tease my husband about this something awful. He has David Cassidy on his ipod for Pete's sake!