There are songs that make you believe you can take a punch to the face. You shake it off and then leap into a flying round-house kick that sends your attacker flying over the bar and crashing into the liquor bottles. As he howls in anguish through his shattered jaw, his frightened friends pluck bottle shards out of his ass.

You, of course, adjust your sunglasses (cause, hell, man, you wear Ray Bans at night) and the blond you were eying earlier sashays right up to you and gives your bicep one of those tender little squeezes that would make you giggle if you weren’t so goddamn cool.

You notice she has Jessica Simpson’s legs and Scarlett Johansson’s chest.

You slap a crisp one hundred bill on the bar – you know, for the bartender’s trouble. Tom Brady slides over with a shot of Jack Daniels and you tap glasses with him before shooting it down. He slaps you on the back and you gesture to Jack Nicholson and Clint Eastwood. They want to know if you’ll meet up with them later.

Kirsten Dunst calls you to her table, but you ignore her. Instead you head to the door with the blond. Outside Bruce Springsteen gives you a high five and you climb into your black Porsche 911 T.

When you get to the hotel room, the blond heads right to the Jacuzzi and you hang up your leather jacket and .44 Colt in the walk-in closet. Then you tune the room stereo to one of these songs. We’re not big hip hop guys, but there’s something about a duo of pale British white guys trying to get soulful that we dig. This song was really it for the Stereo MCs who disappeared faster than a banana in a gorilla cage after “Connected” hit number 20 on the Billboard Hot 100. Best part of the song is the disco sample from “(Let me) Let me be Your Lover” by Jimmy Bo Horne. “Connected” has a back beat that makes you bang your head up and down with a frown. Chicks dig it that.

This song makes you want to burn down a church filled with nuns. Hard to believe this evil, little number is about the drag racer featured in The Munsters. It’s from Rob Zombie’s first album “Hellbilly Deluxe” and made popular by appearing on the soundtrack to “The Matrix.”

“Low” is one of those songs that just… rocks. It’s got a wicked heavy drum and bass line and just builds and builds until well… you rock out. It’s the best song from a rather bland American rock band that is generally known for being a nerdy group of angst-ridden babies. How they ended up recording a song this cool is one of the greatest mysteries in music history.

This is industrial music at its finest. It starts with the lyrics: “I wish I could’ve met you. Now it’s a bit too late.” The song is about the public suicide of Pennsylvania State Treasurer Budd Dwyer, who shot himself in the head with .357 magnum during a press conference. The music builds into a grinding crescendo with lead singer Richard Patrick screaming: “Hey Man, Nice Shot!” The band insists the song is about Dwyer’s guts and determination, but if you listen to this song long enough 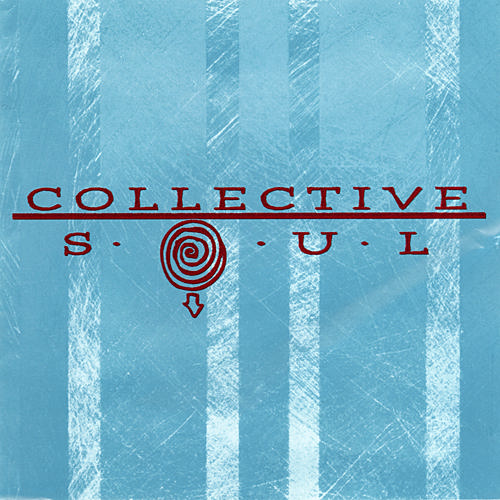 This song takes it down a notch from Filter, but it’s got that slick, scowling sound that makes you want to light up a cigarette and blow smoke into somebody’s face. Collective Soul could let it rip when the band was in the mood. The band would probably lose a fight against a group of kindergarten girls, but we don’t need our cool soundtrack musicians to actually be tough – just sound it.

Garbage is so intense that if you invited them to your house you’d probably piss on your own rug. And “Push It” is their most intense song (so you’re never getting that yellow stain off). The greatest part of this song is when lead singer Shirley Manson (one of the coolest women in rock history) has a sampling of the Beach Boys telling her “don’t worry, baby.” The video contains an assassination scene.

This should be a song for wimps. The lyrics are about some she-man whining about his relationship coming to an end and wishing he and his girlfriend could just talk it through. Yeah, I know, I want to pistol whip the pathetic bastard as well. What saves the sorry ass lyrics is the very nasty guitar work by Ryan Peake. It scorches.

The Eels are a popular indie band from . But don’t hold that against them. This song is like sticking a piece of dynamite up your ass. It just explodes with rough and tumble lyrics. It’s about skulls and little Johnny shooting up his classroom, and little Sally not liking her daddy very much. The driving guitar, screaming lyrics, and brutal drum work makes you want smash your car into the next guy who plays Madonna on his car stereo.

Not For You
Pearl Jam

Pearl Jam is cool. Anyone who says otherwise should stop wearing lipstick to work (that goes for the chicks as well). Eddie Vedder says the song is about how music exploits young people and tries to sell them everything under the sun. That may be so, but when he starts screaming “Not for you!” you feel like pounding the guy next to you with a beer bottle.

Burden in my Hand
Soundgarden

Soundgarden isn’t just cool – they’re dangerous. Put them in a room with Collective Soul and, well, we can’t be held responsible for Collective Soul’s collective wedgies. In this ripping piece of grunge masterwork, lead singer Chris Connell sings about murder and dealing with the guilt through alcohol abuse. You won’t find this one in a Disney movie.

Killing in the Name
Rage Against the Machine

Rage’s signature song. It’s a furious rant against conformity and ends with lead singer Zak de la Rocha howling: “Fuck you I won’t do what you tell me!” Try not beating the crap out of a Republican after listening to this one.

Staind is from , which is cool in and of itself. This is a guitar heavy reflection on how bad lead singer Aaron Lewis’s life has been: drug addiction, failed relationships, and an abusive father. Yet he blames only himself. We’d like to buy Aaron a beer and then sucker punch him. Just for fun.

By all rights this song should be very far away from this list. It’s by borderline girlie band Tears for Fears and it’s about parental love. Good Christ it pains us to even write that. But you know what? It kicks major ass.

Read 18 Bands that Should be Erased from Rock History here

Anonymous said...
One of the most informative music articles I've read in a long time. Thanks GFS3. *$&#^@! hilarious. It was refreshing to know that since I have about half of these albums on my playlist already, I'm way cooler than I thought I was.

If you could now write an article describing how to go about impressing Natalie Portman at a club, you would really have something.

buckycatt said...
I gotta tell you I read a lot of blog entries, but this is one of the best I've ever read. I keep coming back to it time after time. I agree w/ Joe. . . if you like this post you must be pretty cool! In the era of American Idol, thanks for not forgetting Pearl Jam & Soundgarden, among others. Thanks so much =^..^=
April 19, 2008 11:30 PM

raych said...
A handful of things:

Shirley Manson is one scary bitch.

Eddie Vedder is my boyfriend.