Thursday, January 22, 2009
5 Questions About: Edgar Allan Poe
An Interview with Professor Paul Lewis About the Legacy and Life of Poe

(It our continuing celebration of Edgar Allan Poe’s 200th birthday, we reached out to Professor Paul Lewis. Paul, an English professor at Boston College, organized the celebration of the Poe bicentennial in Boston. Those with long memories might recall that we interviewed Paul before about modern humor and his book “Cracking Up: American Humor in a Time of Conflict.” Paul teaches Poe (and others) in his role as a teacher of American literature. He recently wrote an op-ed in the Boston Globe about Poe and his relationship with Boston called “Evermore: The Enduring Legacy of Edgar Allan Poe.” Despite his busy schedule, Paul gave us a crash course on Mr. Poe.)

DaRK PaRTY: Edgar Allan Poe was born in Boston, yet he's rarely associated with the city. Why is that?

Paul: Poe's parents moved from Boston to Richmond a few months after he was born. He returned after leaving the University of Virginia to enlist in the army and served for a few months at Fort Independence before moving south again.

In 1845, after years of critical combat with New England writers, Poe delivered a lecture at the Boston Lyceum. Local critics panned his performance, and Poe struck back in a series of insulting essays published in The Broadway Journal, which he was then editing. He called Bostonians "Frogpondians," said our hotels were "bad" and our poetry "not so good."

But it's too easy to see Poe's differences with Boston as a matter of purely personal pique. On the contrary, his rejection of the didacticism of New England writers, including Emerson and Longfellow, allowed Poe to arrive at the radical view that poetry and fiction should affect (i.e. powerfully move) readers rather than persuade them. That beauty was more important than truth as an end for literature. Arriving at this emphasis on effects allowed Poe to become a foundational figure in the development of popular culture.

For an overview of the Poe-Boston relationship, see the Boston College library exhibit "The Raven Returns: Poe and the City of Boston, 1809-2009."

DP: Baltimore has claims on Poe, yet he spent more time in Richmond, New York and Philadelphia. What geography do you think had the biggest influence on his writing?

Paul: Many of Poe’s contemporaries Americanized their stories by situating characters in familiar landscapes and historical contexts. Cooper set his warriors loose in the forests of New York. Hawthorne wrote about the world he knew in Boston and Salem. Melville launched his great sea tale from Nantucket. Thoreau “traveled much in Concord.” And even Whitman, who peered around the planet and out into space, was mostly interested in the new nation as a source of democratic vistas.

Although it can often be difficult to see where Poe’s stories are set, their place in the formation of an American mythos is clear. From the start in thinking about fiction, Poe had in mind something like Tocqueville’s observation that democracy focuses attention on the individual. Though some of the dark tales are set in named places (London, the Hudson River Valley), many of them exist inside a single mind responding to dangerous mysteries. This is the landscape he explored.

DP: Poe is often maligned by the literary elite and often dismissed as a hack. Does Poe deserve to be regarded as one of the great American writers? Why? 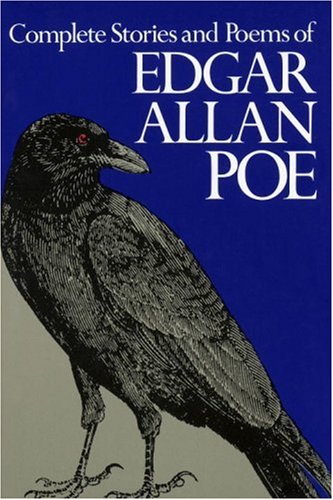 Paul: Edgar Allan Poe hovers over American culture like his raven: brooding, scowling, and winking. Arguably the most influential of our great writers, he has been condescended to by highbrow authors. Emerson called him the “jingle man.” T. S. Eliot said he had a pre-pubescent intellect. Yeats saw him as “vulgar and commonplace.” With detractors like these, no wonder his stories are so much fun!

Best known for a few images—a dead man’s still-beating heart, a decaying mansion falling into its reflecting tarn, a bricked-up, corpse-concealing wall, and, of course, a black cat—Poe’s work is about far more than mere terror.

Poe was our first great critic. In an age of pious reform, he insisted that literature should primarily move (or affect) readers, not inculcate truths. The author of political and social satires, hoaxes and parodies, a long nonfiction study of cosmology and a short novel about polar exploration—he ranged across genres available to him and expanded the list by creating the modern detective story and greatly enriching what the gothic could achieve.

Poe understood what mass audiences desire. The father of the psychological thriller, he has influenced every later writer in the genre from Bram Stoker to Stephen King and Ann Rice. Every pre-human creature H. P. Lovecraft kept in shadow, every inexplicable disruption that detaches Hitchcock’s heroes from their normal lives, every debate between Scully and Mulder, every monster seen through the shaking lens of a camcorder owes a debt to Edgar.

Unfortunate childhood experiences (most notably the early loss of both parents) left Poe with an abiding sense of life as random and cruel but also absurdly comic. Moving beyond the predictability of mind-numbing fear, his genius flashes in moments when responses to the unknown collide and something terrifying suddenly seems funny or vice versa. The speaker’s shifting moods in “The Raven” (1845) are typical. Brooding and isolated when the creature knocks, he moves through denial to attempts to laugh off his concern to an effort to explain what is happening rationally to mournful despair.

DP: What three works of Poe's do think showcase his talents better than any others and why?

Paul: “The Premature Burial” (1844), “Hop-Frog” (1849), and “The Sphinx” (1846). Each of these tales draws on Poe's keen awareness of the proximity of humor to fear, a sensibility that allowed him to work within and make fun of popular genres simultaneously.

DP: Poe's death is shrouded in mystery. He died in Baltimore, yet no one is sure why he was there. He seemed to be wearing someone else's clothing and he shouted a man's name out at the hospital he was taken in delirium before he died. What do you think happened to Poe just before his death?

Paul: No one knows, but however he died does not cast a favorable light on Baltimore!

Poe: The Mad and Bad Writings of a Genius