An Interview with Bill Newmiller, President of The Hemingway Foundation and Society

(DaRK PaRTY has been known to get into knock-down-drag out literary brawls about Ernest Hemingway. We are enormous fans of Papa – and believe that many people misunderstand the man and his work. So it was with a great sigh of relief when we stumbled upon Bill Newmiller, an English professor at the and current president of The Hemingway Foundation and Society. Bill is also a writer of fiction - a recent short story appears in the September-October 2006 North American Review - and nonfiction, most recently about the Navajo Code Talkers and South Vietnamese Air Force pilots. Bill is a former FBI agent and Air Force pilot. He’s also the editor for Electronic Publication for the academic journal War, Literature & the Arts.)

DaRK PaRTY: It's often difficult to sift fact from fiction when discussing Ernest Hemingway. What do you think is the most common misunderstanding about him? 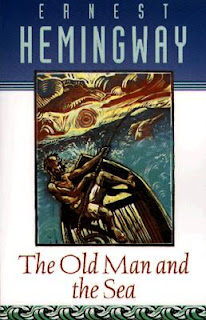 Bill: Many mistakenly believe that Hemingway truly was such an insensitive macho man. He did have a lot to do with that kind of commercial branding, but in reality he was much more sensitive, more deeply intellectual than that public image. A lot of harm has come out of that: people, who haven’t even read him, know him but as an icon rather than as a man.

The best way to understand Hemingway is to read all of him—not just “The Old Man and the Sea” (1952). Stay away from the biographies until you have read him first. Then, read Michael Reynolds and Carlos Baker both. Also, we are in the process of publishing the complete letters collections; read them as they come out as well.

DP: Hemingway remains a larger than life figure. Why do you think people remain fascinated by him?

Bill: Largely because he wrote so keenly about how modernity was so changing life and traditions and human spiritually so rapidly. Hemingway on many occasions tried to re-authenticate some of those lost special occasions in life, such as the fiesta of Saint Fermin in , and they continue to attract a large number of moderns who seem hungry for something every year. The tragedy of Hemingway’s popularization of such traditions is that it has accelerated their loss due to increased tourism. In many ways, Hemingway was a brilliant travel writer and many moderns have been attracted by that. In doing so, they fail to realize that he was also a profound intellectual as well.

DP: What three Hemingway novels are your favorites and why?

Bill: “In Our Time” (1925) was a remarkable accomplishment for a writer of any age, but Hemingway was only 25 when it was published. It’s a novel about war, but the war remains off-stage. Instead we learn about war from its effects. And it’s about a different kind of war, one where the winners were also the losers. As one reads “In Our Time” within its historical context, one can feel the ground shifting: modernity has taken over and human culture will never be as it once was. That the book arrives at its truths episodically, in a series of inter-related but loosely woven strands distinguishes as a new way of story-telling, one that reflects modern art and imagination.

In “A Farewell to Arms” (1929) lies the tragedy of modernity. Frederick, the story’s protagonist, learns the ugly nature of war. As the book ends and he’s lost everything, we realize that modern man can turn only to an inner fortitude to light his way through an ever-darkening modern world.

“The Sun Also Rises” (1926). There is a no more poignant depiction of seeking the unobtainable. Jake’s unspeakable war injury has destroyed his future in ways both metaphoric and real. Still, he moves on, with unfathomable courage.

DP: Hemingway was a prolific short story writer. What story do think best encompasses his work and why?

Bill: As good as Hemingway was as a novelist, he was that much better as a short story writer. In fact, he may be the best in the English language. His greatest work is his collected short fiction. My favorite short story is the “Short and Happy Life of Francis Macomber.” In it Hemingway distills the complexity of gender, masculinity, femininity, love, lust, and violence, and creates a penetrating analysis of the human condition. His second best work may be the nonfiction, “A Moveable Feast” (1964), which offers great insight into his life.

DP: What is the Hemingway Society and what are its primary goals?

Bill: We are actually The Hemingway Foundation and Society. We wear two hats. The foundation was established in 1964 by Mary W. Hemingway, his fourth and last wife, and we are chartered to promote Hemingway and modern fiction. As such, we present the Hemingway Foundation/PEN award annually at the John F. Kennedy Library. As a society, we promote Hemingway scholarship. For one thing, we meet biennially at a global location that meant something to Hemingway and his work. For example, we are going to , home of the Star, the newspaper where he got his start. Look on our Web site for more information.

Anonymous said...
Don't forget that you can get a professional production of "Hemingway On Stage" by a Canadian Free Theatre Co. This six play series is a master work detailing the life and literature of Ernest Hemingway. For information see:
www.briangordonsinclair.com
October 27, 2007 2:58 PM