DaRK PaRTY asked writers and authors a simple question: “What literary character do you find most compelling and why?”

Here are the answers we got:

“Let me go back a few decades and recall a character from my first year of college: Ivan Karamazov. I read the book for a first-year humanities course at UCLA, and it stuck. No doubt much of the psychology and historical context of the book escaped me, but the plight of the middle brother hit home hard. Ivan is young, smart, talented, handsome, a journalist/writer, and an atheist. I, too, was an atheist, having just come out of a conversion experience that left me without any spiritual beliefs at all. An ominous and lonely feeling hovered all the time, and I wondered what life was for, what nobility was possible for clever little animals wandering a speck of rock in a vast, cold, empty universe.

Ivan gave that condition dramatic form. Yes, his fate is a sad one, but on the way toward it he manages to make his metaphysical discomforts into something with a dignity all their own. That’s all I wanted. Not a return of faith, which I knew would never happen, but a casting of atheism as meaningful and wise and noble. I no longer believe that atheism is any more moral or intellectual than faith is (though I’m stuck with it), but Ivan´s example lingers as a special remembrance.” 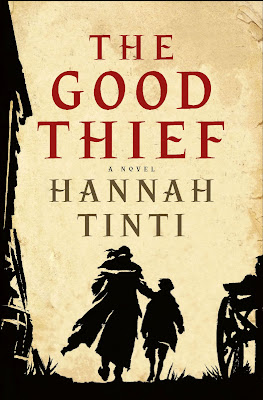 “I have to say that my favorite literary character has always been Jane Eyre. I think this is because the book is divided into three distinct parts—childhood, romantic love, and God. As a little girl, I read about Jane and sympathized with her feelings of injustice and marveled at the way she talked back to grownups. When I was a teenager, I envied how Jane maintained her own identity, throughout her love affair with , and later, as a young woman, I thought her extremely sensible in her faith and understanding of the divine. I’d like to be more like her.”

“I've always (well, for 50 years, anyway) had tremendous affection of A.J. Raffles, the gentleman jewel thief created by Arthur Conan Doyle's brother-in-law, E.W. Hornung. The portrayal (however inaccurate and romanticized it may have been) of the serene life of mahogany-leather-etched glass clubs, weekends at country houses, and tuxedos at dinner parties has a deep appeal, but most interesting is Raffles himself. His odd code of ethics and the thoughts that went into his decision-making brought me back to the short stories frequently. This is really true of the first two books only (The Amateur Cracksman and Raffles, which was titled The Black Mask in the U.K.) because he almost functioned as a detective in the third collection, A Thief in the Night, while the novel, Mr. Justice Raffles, is excruciatingly dull.

Virtually every story showed Raffles committing a burglary to help someone else, not unlike the malignant Robin Hood paradigm in which it is implicit that the commandment ordering "Thou Shalt Not Steal" can be ignored, as long as you're stealing from the wealthy— not unlike the Democratic party's message. Raffles wanted to relieve the terrible situations of those to whom he was close, surely a noble inclination, yet was able to do so only by resorting to its ignoble opposite— theft. His greatest dilemma occurs when he contemplates stealing from the host who has invited him for a lovely weekend in the country, with a glamorous party to boot— the epitome of breaking the gentleman's code of honor.”

“The Continental Op. This nameless, short, overweight, and not particularly good-looking op from the Dain Curse, Red Harvest, and several volumes of short stories, is probably one of the most dogged and persistent PIs in crime fiction. He's also a tough SOB who can take a beating, is smart enough to make the connections he should, and is willing to steal a crutch from a cripple if it means getting the job done. How can you not find a guy like that compelling?”

Polly Frost, author of “Deep Inside”

“I'm going to answer with the fictional character who I've most recently found compelling: Auntie Mame from Patrick Dennis' book of the same name.

I know this is hardly a stop-the-presses answer. Many people found Auntie Mame to be one of the most compelling characters they've ever encountered in fiction. Camille Paglia has even called "Auntie Mame" an important, overlooked book. I'm with her on that. And who hasn't heard someone – usually a carefree, madcap, willfully charming woman who behaves younger than her years – described as an "Auntie Mame?” She's such a familiar archetype that for years I didn't really feel I needed to read the book. Now that I have, though, I really-really understand what's so great about her as a creation.

Lightweight though some self-important people may feel the book to be – and don't get me started on how undervalued comic novels are! – Auntie Mame really is one of literature's most compelling characters. The secret, it seems to me, is that she's archetypal – the madcap free spirit larger than life aunt – but she isn't just archetypal.

Whether instinctively or consciously, Patrick Dennis understood that compelling characters can't just be resonant archetypes. They need to be living and breathing. Think about what's involved in 1) nailing a larger-than-life archetype, and then 2) bringing her to life. That takes a lot of daring and talent.

And there's no question that Auntie Mame is alive for the reader. She's full of contradictions: she's self-centered, self-interested, and yet admirable for her resilience. She uses people, yet she's egalitarian. She's a neglectful parent towards her orphan ward, yet she also sets him free in ways a traditionally caring mother never could. She's crude yet fine-spirited, embarrassing yet glorious.

For all that I thought I already knew Auntie Mame and how she would behave in the novel, I was constantly surprised by the fictional reality of her. She was far more outrageous than I'd imagined she would be, far more self-serving, and yet also far more touching.

And that brings up a fiction-topic that seems to me to be 'way under-discussed: the importance – the challenge, the technique, all that – of creating a supporting cast that sets your main character off. Divas are so outsized that we often overlook their setting. In my experience, it's just as hard to create these supporting characters. They can't compete, yet they can't be boring. The reader needs to identify with them and their perspective on the compelling character, yet not lose respect for them.

In "Auntie Mame," Patrick Dennis pulls this stunt off in a way all writers could learn from. His narrator character – Auntie Mame's conventional-souled nephew – has real conflicts in the face of Mame's seductive bohemianism. He longs for middle class security, yet knows he'll always be entranced by his Aunt. He loves her, yet he needs to escape her. Yet he always comes back to her too. We believe in him as much as in her – we know how it is that she gives his life a kind of meaning it wouldn't have had otherwise.

"Auntie Mame" should be required reading for all writing students.”

“The sheriff, Ford, in Jim Thompson's, The Killer Inside Me, what a voice, chilling yet almost chatty, lethal yet oddly convincing, and with a very dry sense of humour, almost un-noticable and he sucks you in, you start to see the world like this stone cold psycho does and to understand his maddness, a real feat of masterly narrative and the more you read it, the more you realise how incredibly plotted, crafted it is and so simply written, it seems ...easy.”

“I have always loved the character of Konstantin Levin from Anna Karenina. He was a farmer and a good soul who cleaved to nature. He withdrew from what he perceived as the falseness of Russian society life to live at his country estate, where he tried to develop modern farming techniques, treat his serfs well, and mused about issues of rationality and faith. I very much relate to his interest in science and religion--and their sometimes fraught relationship, and also his ability to appreciate pure goodness when it appeared in his midst.”

The Most Memorial Dickens' Supporting Characters

In Search of City Lights

Anonymous said...
Thank you so much for inviting me to answer in such great company: Mark Bauerlein, Hannah Tiniti, Otto Penzler, Dave Zeltserman, Ken Bruen & Emily Benedek, all wonderful writers and it was a blast to read their answers.
September 23, 2008 1:57 PM