Monday, May 19, 2008
Classic Rock Bands Everyone Likes, But Nobody Loves

This is the musical equivalent of the old idiom: “Always the bridesmaid, but never the bride.”

There are classic rock bands that simply demand favorite status: the Beatles, Rolling Stones, Led Zeppelin, Bruce Springsteen, U2, Van Halen, Nirvana, Pearl Jam, the Grateful Dead, Pink Floyd, The Who, etc. Their music touches people’s souls. They’ve got fan clubs and rabid fans – these are the bands that used to have their logos scrawled on high school book covers.

But then there are these classic rock bands – staples really – that are good, damn good in some instances, but they just don’t rate favorite status. Most people like these bands, but for whatever reason they don’t ignite the same passions as the great bands do.

It’s like being a B student with an older sister who is in National Honor Society. She’s got a leg up on you.

Here is our list of the 10 Greatest, But Not Favorite Classic Rock Bands: 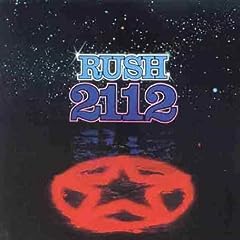 The power rock trio from have some amazing songs from “Tom Sawyer” to “Fly By Night.” They continue to be a staple on classic rock radio, but even the band acknowledges that people either hate or love them. But the love never got to favorite status for most people (who weren’t raised in the Great White North). The major problem with loving Rush seems to stem from the voice of lead singer Geddy Lee – who has one of those high-pitched voices that could wear thin after listening to it for an entire album. As a result, Rush is better digested in quick doses. But it’s hard not to like their concept album “2112” (see video above)

Rugged rock band Bad Company was the first band produced on Led Zeppelin’s label. The band was formed from the remains of Free, Mott the Hoople, and King Crimson, but they never achieved “great” status. But they did have some excellent early albums in “Bad Company” and “Straight Shooter.” Their self-titled “Bad Company” remains a classic heavy rock song (along with “Can’t Get Enough,” “Rock Steady,” and “Feel Like Makin’ Love”). Yet, the somehow none of Bad Company’s music hit it out of the park – great stuff, but just not favorite stuff. 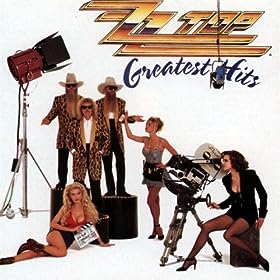 ZZ Top were the darlings of MTV in the early 1980s. They had a string of hits in “Pearl Necklace,” “Sharp Dressed Man,” “Legs,” and “Gimme All Your Lovin’.” But the southern fried pop rock quickly wore thin (as did the concept of hot chicks driving around in a flaming red hot rod). It’s hard not to like ZZ Top’s guitar driven music, but you’re definitely not going to have their logo tattooed on your forearm.

Surprise, surprise, surprise, the band Boston hails from Boston, Massachusetts. Talk about a band that’s got an iron grip on classic rock stations. Is it possible to listen to these stations for an hour without hearing “Smokin’,” “More Than a Feeling,” “Foreplay/Long Time” or “Don’t Look Back”? Yet despite wide-spread popularity and best selling albums this 1970s dynamo is rarely considered anybody’s favorite band.

American roots rock band, Creedence Clearwater Revival, is another band with a lock on classic rock stations. They loaded up the charts in the 1960s and 1970s with a string of hits including: “Suzie Q,” “Proud Mary,” “Bad Moon Rising,” “Down on the Corner,” and “Run Through the Jungle.” CCR has the added advantage of being a band that makes you turn up the volume on the radio. But a favorite? Nah! Foreigner barely skirts being a guilty pleasure band – barely. But they survive on classic rock stations because of their pop-infused hard rock numbers like “Feels Like the First Time,” “Cold as Ice,” “Hot Blooded,” “Head Games,” and “Dirty White Boy.” It actually surprising how many good songs are in the Foreigner catalog. Yet I venture that only one or two people in the world would admit to Foreigner being their favorite band of all time (and those people are probably the mothers of a couple of the members).

Is there any rock fan that doesn’t like a Steve Miller song? Here’s another classic rock band that has a long list of hit singles: “The Joker,” “Take the Money and Run,” “Fly Like an Eagle,” and “Jet Airliner.” Steve Miller rocks. But is there anyone out there that lists Steve Miller as number one? Have you seen Steve Miller lately? He looks like an accountant. And maybe that’s what held them back from reaching the next plateau – they just weren’t that interesting.

The English psychedelic rock band responsible for the incredible “John Barleycorn Must Die” album. And who can’t get their feet tapping when “Dear Mr. Fantasy” comes on the radio? Yet Traffic suffers from being too esoteric and arty for anyone but Soho artists. Couple of cool songs – one great album – and always the bridesmaid. 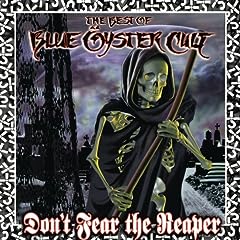 One of the best named bands in history (Blue Oyster Cult is from a poem by the band’s manager about a group of aliens that secretly manipulate human history). Here’ s a heavy metal band that gave us “(Don’t Fear) The Reaper,” “Burnin’ for You” and the always popular “Godzilla.” But here’s another band that suffered from a lack of personality and magnetism. Take away the music and they were boring – and dull bands aren’t favorite bands.

I was a big fan of J. Geils Band during their heyday in the early to mid- 1980s. They put on a rollicking live concert with its blues-infused R&B rock. Peter Wolf was a great front man and lead singer and they gave us the seminal hit album “Love Stinks.” Here’s a band with a lot of great songs: “Must of Got Lost,” “Southside Shuffle,” “Whammer Jammer,” “Centerfold” and, of course, “Lost Stinks.” But even when I was loving J. Geils they were never my favorite band. They just couldn’t put enough points on the board for that (see video below).

The Best of Old Van Halen

The 9 Greatest Songs by Led Zeppelin

Dwight said...
One of the things that struck me upon moving to Silicon Valley was the popularity of Rush among the engineering types. Probably an oversimplification, but I would wager there are many here that would cite them as their favorite band.
May 19, 2008 4:31 PM

Anonymous said...
Tasty list. I grew up on those guys and loved so much of the music offered. Boston's first is such a production-perfect piece but damned fun to listen to. And for Rush - I was one of those fanatics years ago. Hell, Working Man is my cell phone's ringtone. Never quite got over them and probably never will. BTW - thanks for the video!
May 20, 2008 9:42 PM